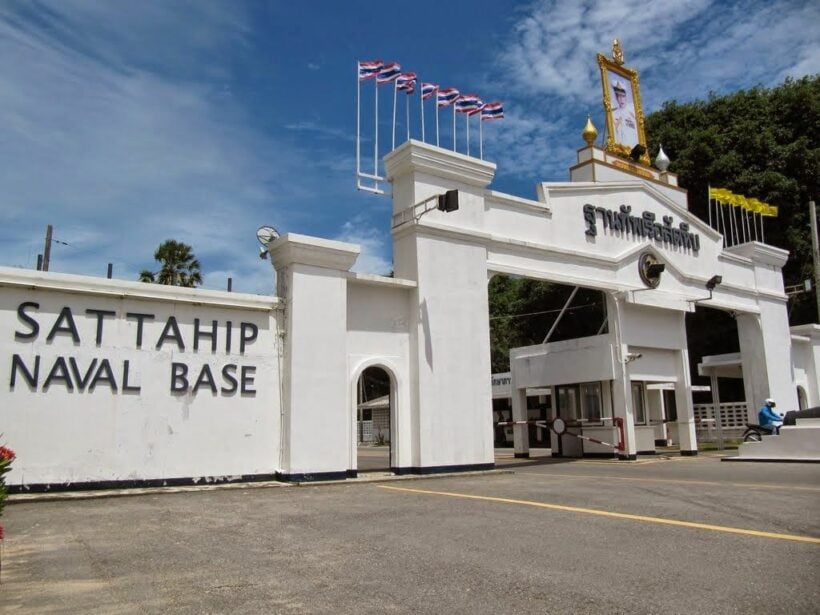 Some of the Thai nationals dubbed “phee noi” (little ghosts), who recently returned from South Korea and were quarantined at a naval base in Chon Buri’s Sattahip district are today being sent to their hometowns. Public Health Ministry and Royal Thai Navy officials agreed this week that many of the migrant workers can be released. All are suspected of being infected with the Covid-19 coronavirus and new quarantine facilities await them at their destinations.

The dispersal began at 8 this morning, with those who live farthest away from the base. Thirteen tour buses have been arranged, seven  for the Northeast, three for the North and three for the South, and three minibuses for those living in Chonburi, Rayong and greater Bangkok. Health Ministry officials will accompany them to monitor their condition, and provincial health officers will be waiting for their arrival to arrange further quarantine as required.

No one will be allowed off the buses to eat while on the way;  the navy will pay for their lunch on board and the ministry will chip in for dinner.

Government spokeswoman Narumon Pinyosinwat says there are still about 200 labourers in the base’s quarantine facilities who are suspected of infection.

“Most of these cannot be returned to their hometowns until they recover, because those locales lack the capability to take care of them. Remaining in Chonburi is safer for them and the general populace.”