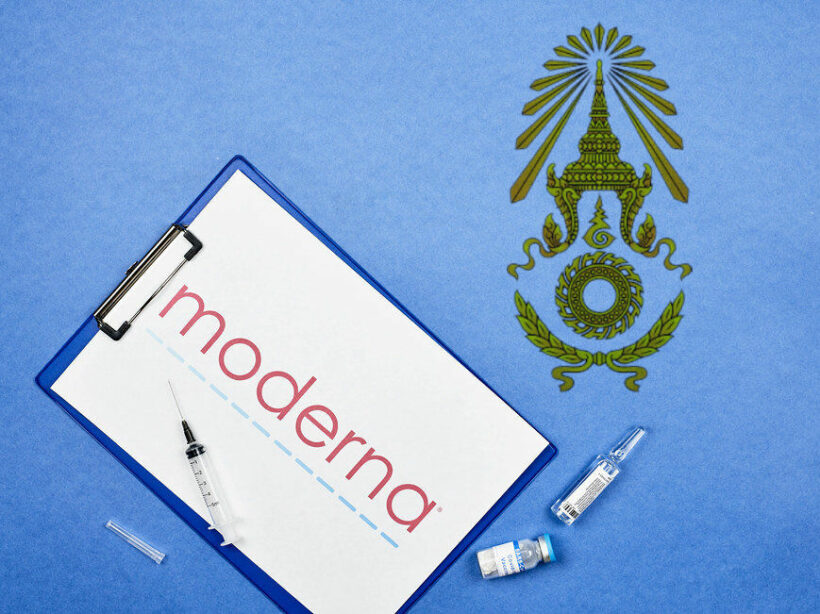 PHOTO: Leaked documents suggest the Thai military tried to procure Moderna vaccines for themselves. (via ccnull)

A controversial and unconfirmed leaked document appears to show that the Thai military attempted to get Moderna vaccines for themselves while the rest of Thailand only had access to Sinovac and later AstraZeneca vaccines. The document seems to be of the military requesting a private supply of the Moderna vaccine from the Thai Red Cross for army personnel and their families.

As the Delta variant is quickly becoming the dominant overall strain of Covid-19, the ineffectiveness of Sinovac has come into the spotlight. While mRNA vaccines like Moderna and Pfizer have proven to be effective against various strains of the virus, traditional vaccines like Sinovac have been shown to be far less useful in fighting the spread of the virus, though they do still greatly reduce the chances of death or severe hospitalisation.

Over 800 people have been fully vaccinated with Sinovac and still been diagnosed with Covid-19 after including at least 7 medical staff and hospital workers. The government has recently approved a controversial plan to either mix 1 shot of Sinovac with the second shot of AstraZeneca or provide an AstraZeneca booster shot to those fully vaccinated with Sinovac. This week saw a fatality from someone who was given one shot of each and died the next day.

The public has been furious over the news, calling on the Thai Red Cross to reject the private military request and keep the 1 million Moderna vaccines they are scheduled to receive to be used for frontline and medical workers that need the protection more than others. Anger and frustration have already been long growing at the government’s frequently botched vaccine acquisitions and rollout has left shortages of doses and a complete lack of effective mRNA vaccines. Domestic AstraZeneca production was favoured but is now well behind schedule and cutting its production ability estimates in half, and the government has been criticised for inking yet another deal to bring in more Sinovac vaccines.

The Royal Thai Army said through a spokesperson that they have launched an investigation in the letter, while a well-known military reported called the report “not fake but not official either”. Among the outrage, doctor and celebrity chef Dissakul Prasitruangsuk expressed anger at the military getting free Moderna vaccines on the taxpayers’ baht that others are desperate to pay for in a fiery Twitter post.

“[The military] sent a letter to use the people’s tax money and reap what the people have sown. What will your duties be after getting vaccinated? Dispersing protesters?”

vlad
16 hours ago, DontacoXII said: I believe the military as well as first responders should be the first to obtain the best vaccines possible. Perks of being on the front line and having to put yourself in high risk exposure…

gummy
40 minutes ago, vlad said: The Army need to be on top form to man the water cannons and shoot protesters when they eventually hit the Streets to force the Junta out. Unfortunately no doubt very true as the PM…
Graham
21 hours ago, yetanother said: one of the least surprising things i have heard of late Yeah, you mean the golf courses only they are allowed to play 24/7 as I am sure they are still open right now.

dmacarelli
Of course this is true. They are a bunch of overly rich, self entitled pond algae. They never consider the people of the nation, over themselves. It is not in their DNA. They are above the law. Any and all laws.…

gummy
1 hour ago, dmacarelli said: Of course this is true. They are a bunch of overly rich, self entitled pond algae. They never consider the people of the nation, over themselves. It is not in their DNA. They are above the…