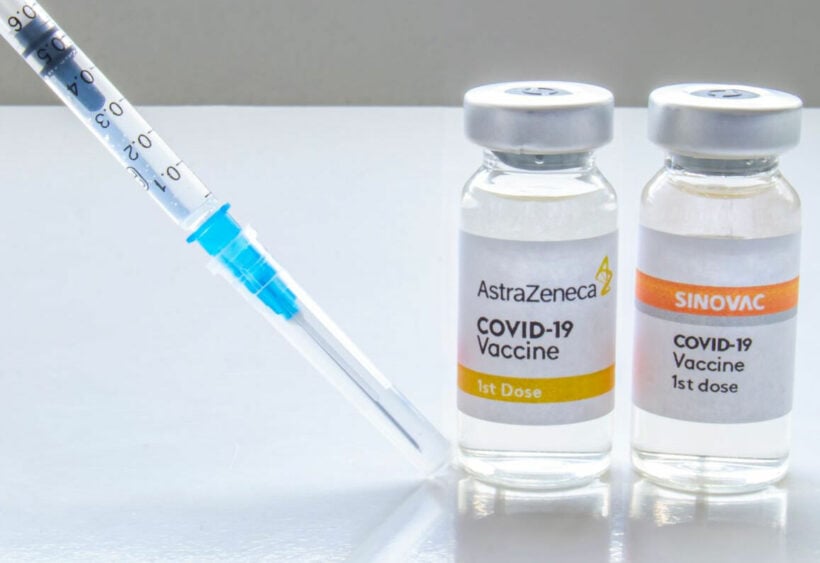 A woman with high blood pressure was found dead by her family in her home after the controversial practice of mixing vaccines, receiving one Sinovac vaccine and one AstraZeneca vaccine Monday. The woman from Prachuap Khiri Khan was a 39 year old private tutor before her untimely death. An autopsy has been ordered to determine the exact cause of death.

The woman and her husband had both originally received a shot of Sinovac to start their Covid-19 inoculation before switching to receive an AstraZeneca vaccine for their second shot. The plan of mixing vaccines has been both lauded as a way to keep those vaccinated with Sinovac to be protected against the Delta variant of Covid-19 and criticised as lacking scientific testing with limited data on possible negative effects.

She had high blood pressure and was on prescribed medication for it, but was told by a doctor at the vaccination centre that getting vaccinated would still be safe. After her death, her husband said he lost all faith in vaccines and in Thailand’s healthcare system.

Her 44 year old husband brought his wife home from Prachuap Khiri Khan Hospital Monday and she said she felt tired and needed to get some sleep. He experienced mild side effects himself, just a low fever and a headache. He discovered that she had thrown up several times when he went up to the bedroom to check on her and asked her if she wanted to go to the hospital, but she said she just wanted to sleep it off.

The next day she said she was still ok, just tired and continued to sleep the day away, until 7 pm when her husband became increasingly concerned his wife had slept the entire day. He sent his daughter upstairs to wake her and she came down crying that her mother was unresponsive.

Phra Chom Klao Hospital in Phetchaburi is conducting an autopsy and the deputy director-general of the Department of Disease Control said no official cause of death has been determined. 2,300 people had received mixed vaccines in Thailand as of last week with no other reported serious side effects, though the mixing was often a result of minor negative side effects from the first vaccine brand. The Public Health Ministry will monitor closely for any more negative reactions to mixed vaccines.