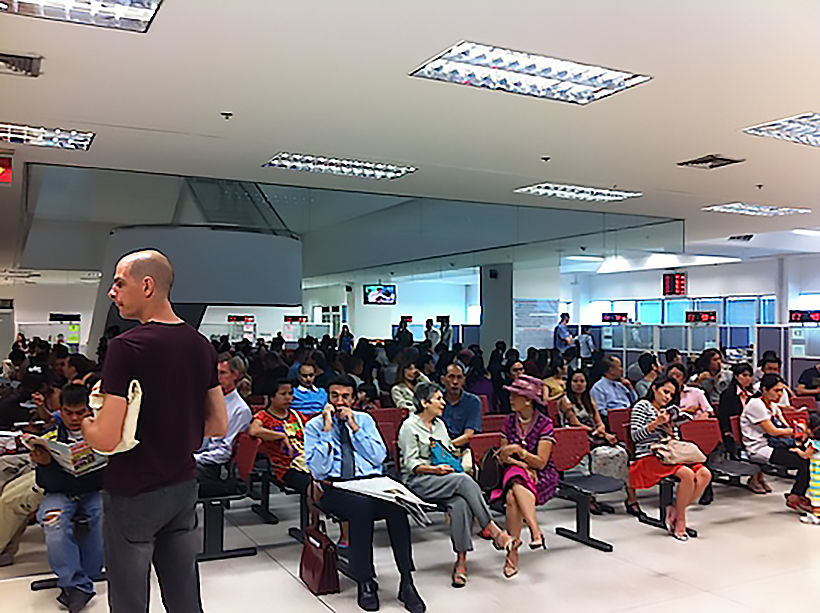 A spokesman for the Immigration Bureau says that foreigners living in Thailand are now requested to process their 90 day residence reports via an online platform or by post only. Applicants are usually required to report in person to complete the procedure. The change comes as one metre social distancing has been virtually impossible at immigration offices.

One IB office in Bangkok was so overcrowded yesterday that people were forced to wait in the nearby compound of an abandoned market. The office was serving foreigners trying to renew their visas and migrant workers who are required to process paperwork.

“Up to 1,000 chairs were brought into the IB building and the compound and placed at a safe distance.”

The bureau has extended opening hours (in Bangkok) and will now start work at 7am, but officers say it’s difficult to manage the large numbers of people amid the spread of the virus.

Yesterday’s numbers were greater than Tuesday’s, following the government’s announcement of the emergency decree which made many rush to report to authorities.

Many foreigners want, or are being forced to, stay in Thailand due to flight cancellations and lockdowns in many countries.

The IB has temporarily closed three One Stop Service Centres for migrant workers from Myanmar, Laos and Cambodia.