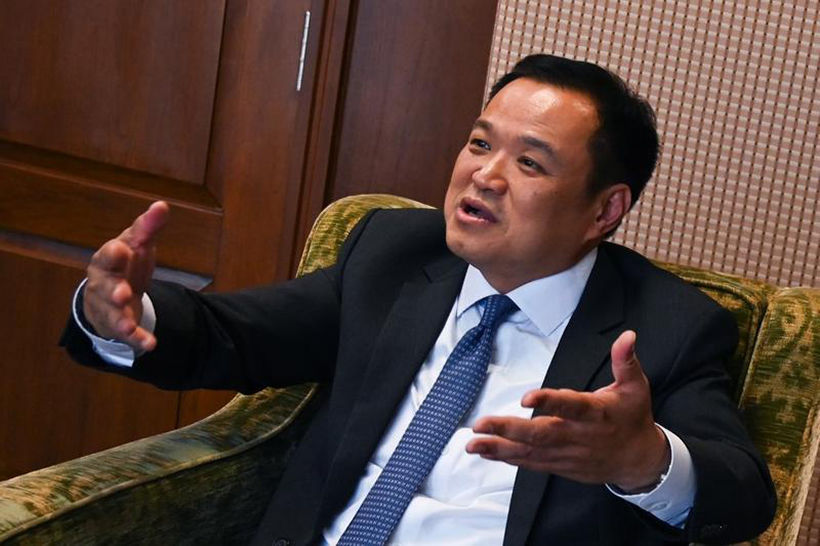 Health minister Anutin Charnvirakul yesterday declined to explain why he removed an order requiring people arriving from 9 countries and 2 Chinese territories designated as high risk areas for the Covid-19 virus to be placed in self-quarantine. According to the quickly deleted document posted on his official Facebook page (now inactive), the nine destinations are “disease areas” and people arriving in Thailand from them could be subject to health measures. He also added his own message that such measures would include a compulsory quarantine.

“Everyone arriving from these nine countries, which have been declared ‘disease areas’ will have to self-quarantine for 14 days without exception. We will fight through this together.” 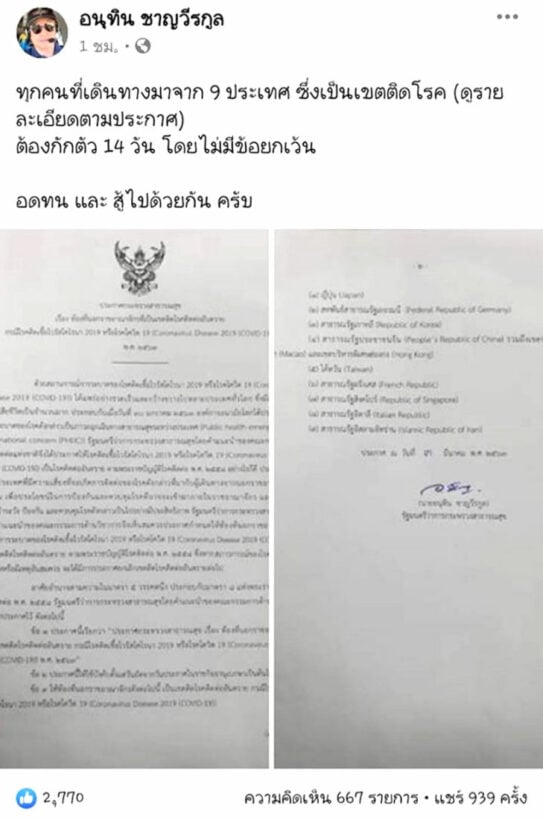 But just hours after the announcement appeared, the post, and Anutin’s entire page, became inaccessible for no apparent reason.

Despite his clearly visible signature, Anutin, who is also deputy PM, denied any knowledge.

“I’m also wondering how the document ended up there, since I haven’t signed it. It’s still in my room,” Anutin said. “I have to revise it again because the issue of undocumented Thai workers returning from South Korea just came in. I need to look back into the issue before making changes.”

“My son wants me to rest,” Anutin said. “In fact, I have many Facebook accounts to communicate with the public. Some of the posts were written by myself, while others by my team.”

The post was shared at least 900 times before it was deleted, and was widely picked up by both Thai and foreign media outlets including CNN, causing much confusion for some travelers.

It’s not Anutin’s first gaffe related to his communications. In February, he raised many eyebrows by suggesting foreign tourists who don’t wear face masks in Thailand “should be kicked out.“ He later apologised for the remark and only Tuesday said face masks are “not necessary.“