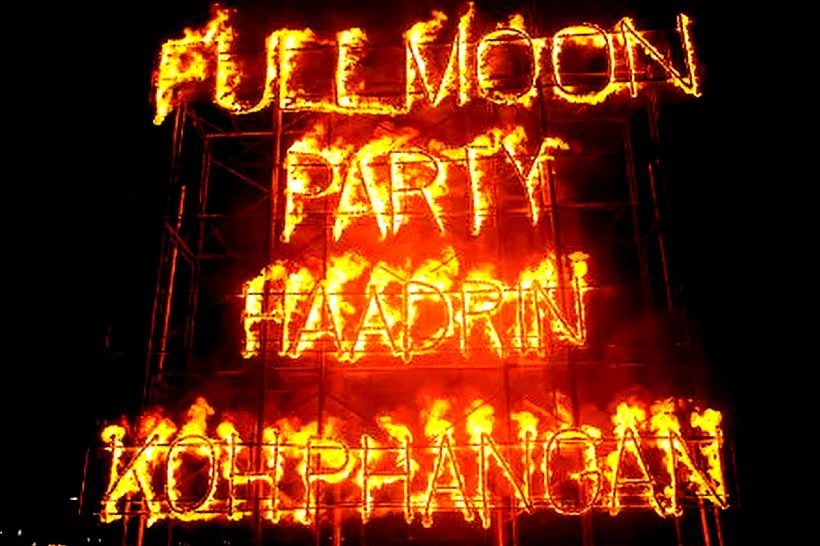 Thailand announces 4 new coronavirus cases, all from Italy or Iran

Thailand today confirmed four new cases of the COVID-19 coronavirus, bringing its total to 47 since January. All were recent arrivals from Italy or Iran. Reuben Tuck reports…

The next Full Moon Party, scheduled for March 8, has been cancelled.

The memo from the Mayor of Koh Phangan says that the hugely popular monthly party has been cancelled due to fears associated with the Covid-19 virus. The memo also says that there will no further monthly parties until fears over the outbreak pass.

The cancellation of next week’s party will add another challenge to Thailand’s tourism which has been hi hard in the past month as fears over travel and the coronavirus start biting. Tourism provides an estimated 18% of the Thailand’s GDP.

Burmese authorities on the border near Chiang Rai in northern Thailand, have arrested two Chinese men wanted for murder in Thailand.

The two were captured in Chiang Rai province.  Two other Chinese suspects were handed over to Mae Sai police yesterday by officials from a nearby immigration post. According to police, they confessed to murdering Wang in Pattaya over a business debt.

The four men allegedly committed the crime at a house in Pattaya, using a cord to strangle Wang and then cram his body into a suitcase. They also confessed to stabbing to death Wang’s wife as well. Her body was also put in a suitcase and dumped into the river.

Thailand’s gaffe-prone Public Health minister, has thrown the holiday plans of thousands into confusion. It follow’s the Minister’s Tuesday night announcement for any new arrivals from 11 destinations to go into self-imposed quarantine. The minister removed his Facebook post hours after posting the announcement but long after Thai media had already published the story.

Then his official Facebook page was taken down altogether.

Tuesday evening’s post said travellers from affected countries would be subjected to a 14 day quarantine “without exceptions”.

When Thai media reached out for comments from the Minister yesterday, Anutin denied any knowledge about the matter.

“I’m also wondering how the document ended up there, since I haven’t signed it. (well, that’s HIS signature on the bottom of the letter). I need to look back into the issue before making changes.”

When asked directly why he deactivated his Facebook account after publishing the official memos from the Health Department, Anutin laughed and attempted to deflect the question onto another topic.

Both the Thai Finance Ministry and the tourist and sports ministries have foreshadowed bug stimulus packages aimed at stimulating the local economy and Thai tourism due to the economic slump caused over coronavirus fears.

The finance minster said the measures will assist “all sectors of Thai society currently affected by the Covid-19 situation”, which arrived at the same time as an economic slowdown, an export slump and drought. He says that over 14 million Thai people, already classified as low-income earners, will receive the money.

Meanwhile the Sports and Tourism minister is putting the finishing touches on a five billion baht package that will stimulate domestic tourism and involve incentives for Thais to spend at least one night outside their home province.