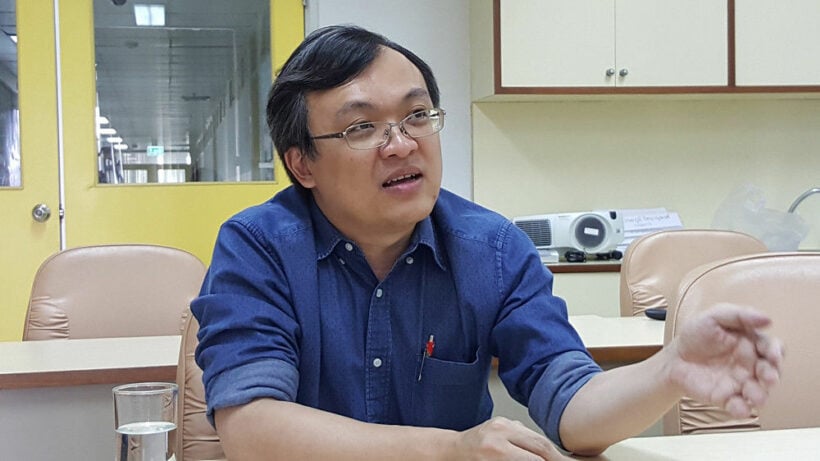 “Test, test, test was the former Deputy PM’s message, especially now that the country has the labs to do so.”

Dr Surapong Seubwonglee, a former Deputy Prime Minister of Thailand posted on Facebook  urging the government to investigate the number of people tested for the Covid-19 coronavirus in Thailand and appeal for wider testing.

He gave several reasons why testing has been sluggish and said that now is the time to expand testing to asymptomatic individuals. Many recently cases confirmed cases have shown no symptoms.

With an improved number of testing labs, the country now has the capacity to do 20,000 tests daily.  Labs could now do as many tests as they have done since January in just the next few days.

Surapong’ post said that testing for the virus has been low in Thailand, though it’s higher than reported on worldometers.info, which as of today says 71,860 have been tested, equating to just 1030 per million inhabitants.

He showed data that suggested 71,860 tests had been done from January to April 4th. The great majority of these were in Bangkok with Chula (pink on the graph) and Ramathibodi Hospital (Blue) the most. 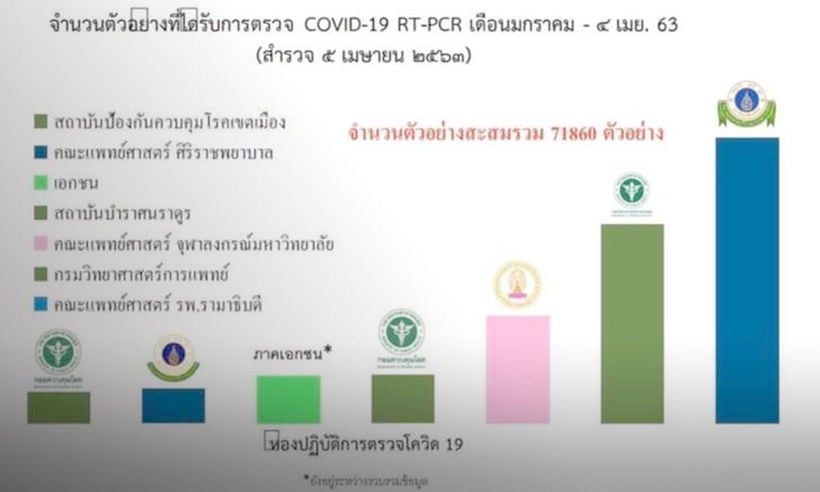 Surapong said that while the testing done in Thailand is just a fraction of that done in South Korea and Germany, Thailand found a greater percentage of people infected because they targeted high risk individuals rather than the asymptomatic population.

He said that tests in Thailand need to be massively expanded so that more people can receive medication early before their symptoms become dangerous. This model has been widely praised around the world after it was adopted in South Korea and Taiwan.

Surapong said there were several reasons for the sluggish approach. There were few testing labs at first and most of those were in Bangkok. But there are now 77 labs nationwide and the capacity for testing daily is now 20,000. There will be 107 labs by the end of the month.

He conceded that there have been problems over the cost of the tests and the lack of uniformity. Now the cost has been fixed at 3,000 baht, and Thais can access a test using their social security or other insurance.