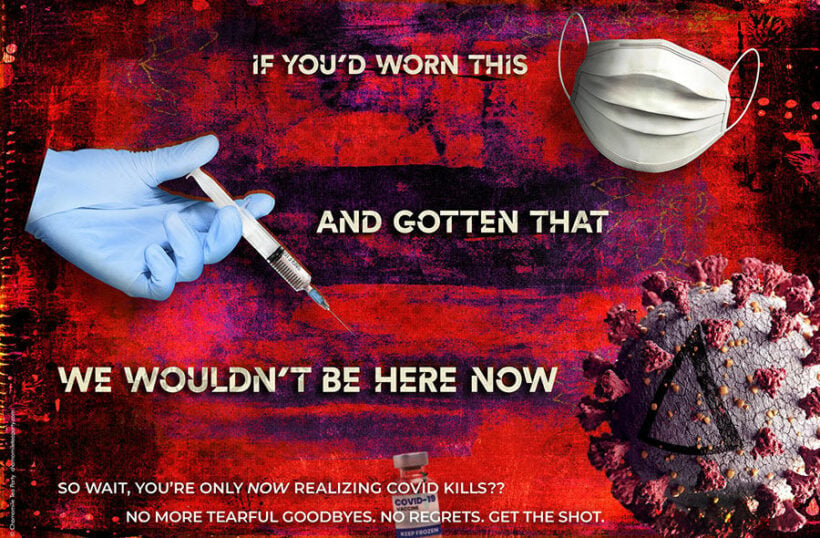 As the Delta variant prompts a new wave of infections in the US, fully vaccinated Americans are running out of patience with fellow citizens who refuse to be inoculated. The issue of vaccine hesitancy, driven by factors such as conspiracy theories and mistrust of the government, could lead to restrictions being re-imposed, rather than the return to normality people are desperate for.

Speaking to AFP, 58 year old healthcare administrator Alethea Reed has slammed those who refuse to be vaccinated.

“It’s almost like they don’t care about the rest of the world. They’re being selfish and self-centred.”

The US Centres for Disease Control and Prevention has already advised vaccinated people to return to wearing face masks as Delta cases rise, prompting a backlash against the unvaccinated. Just over 60% of American adults are fully vaccinated, but experts say this needs to be as high as 85 or 90% to effectively control the virus.

According to the AFP report, up to now, efforts have been focused on alleviating the concerns of anti-vaxxers, as well as making vaccines widely available and easy to get, and boosting demand by offering prize draws and other incentives to those who got vaccinated. Now however, patience is running out.

President Joe Biden has already said that all government workers will need to get vaccinated or face regular testing and mandatory mask-wearing. He has also pledged to do more to increase vaccination rates, including the introduction of paid vaccine leave.

Meanwhile, across the country, doctors who thought they’d seen the last of hospitalised Covid patients are pleading with people to get the vaccine. In Alabama, which has seen a surge in infections, a Facebook post from medic Brytney Cobia has gone viral.

“One of the last things they do before they’re intubated is beg me for the vaccine. I hold their hand and tell them that I’m sorry, but it’s too late.”

Soidog
3 hours ago, KWOG said: It's apparently unimaginable to you that there are people who simply aren't scared of the virus, and are content to rely on the immune system which has successfully protected them from it for 18 or…

billywillyjones
Why should anyone be paricularly excited about vaccines after a report just came out indicating vaccinated are spreading Covid and the CDC has reversed it's mask mandate to include vaccinated?   I think they better get their facts together before they…

Soidog
40 minutes ago, billywillyjones said: Why should anyone be paricularly excited about vaccines after a report just came out indicating vaccinated are spreading Covid and the CDC has reversed it's mask mandate to include vaccinated?   I think they better get…

KWOG
1 hour ago, Soidog said: I’m not scared of Covid or vaccines and  feel getting Covid under control and keeping hospitals clear for people with cancer and other illnesses is a social responsibility. I also want the world to open up and…
Stonker
8 hours ago, KWOG said: It's apparently unimaginable to you that there are people who simply aren't scared of the virus, and are content to rely on the immune system which has successfully protected them from it for 18 or…