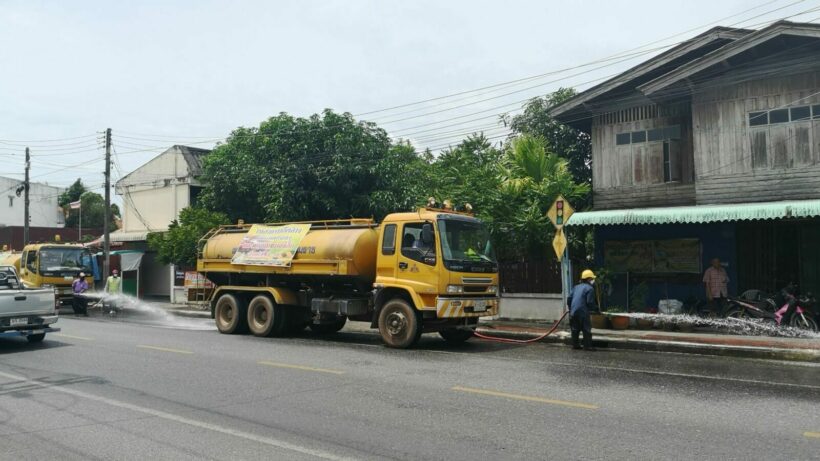 The Department of Disease Control announced yesterday that the number of Covid infections is on a “steep upward curve”. However, they also say the infection rate in Bangkok is starting to level off while cases in the provinces are rising sharply. The DDC says Bangkok’s high infection rates are starting to slow down, “apparently” a consequence of measures implemented to help curb the spread of Covid, says Dr Taweesap Siraprapasiri, a senior official from the DDC.

Today, Thailand had a record number of Covid infections with 15, 335 cases, says the Public Health Ministry this morning.

Dr Taweesap says the average number of deaths has risen per day as the number of new infections also rises. However, he adds that a “slowdown” is also being witnessed in the escalating Bangkok infections, which means the total deaths per day is “unlikely” to also keep rising.

The DDC doctor then shifted to talking about other countries’ Covid situation. Dr Taweesap says that other countries are also seeing new infections, including countries that have 50% to 60%  of their population vaccinated. Specifically, he says for the US, which has about 50% of the population vaccinated, the number of Covid cases continues to rise in states that have a low vaccination rate.

However, last week saw America’s yardstick and the birthplace of television’s Family Guy, Rhode Island, and who is over 60% fully vaccinated, had some the highest Covid numbers in the country. Olympics games location hopeful and bad place to go cycling, Florida, also continues to see high numbers.

Dr Taweesap Siraprapasiri says Thailand is currently capable of administering 300,000 vaccine doses a day. He did not say how many doses are being administered. According to Covidvax.live, the country recently administered 230,000 vaccines and it has just over 5% of the population fully vaccinated. Further, the site estimates that at the current rate, Thailand will see 70% of the population vaccinated by about July 15, 2022.

Faraday
1 minute ago, Stonker said: Sorry to quote myself, but I now see that 1,500 Covid cases are being shipped out of Bangkok to the provinces by a special train. That'll balance out the numbers ..... Can you please post…

bushav8r
6 hours ago, Faraday said: Can you please post the link that proves this. It's not proof, but here is a news article. Covid-19 train sends 1,490 infected from Bangkok to hometowns | Thaiger (thethaiger.com)

Faraday
@bushav8r Thanks for the link. It's quite the title: "sends infected".

bushav8r
1 hour ago, Faraday said: @bushav8r Thanks for the link. It's quite the title: "sends infected". It could be worse. Train to Busan - Wikipedia

dmacarelli
The DDC says Bangkok’s high infection rates are starting to slow down, “apparently” a consequence of measures implemented to help curb the spread of Covid, says Dr Taweesap Siraprapasiri, a senior official from the DDC.  Am I the only one…