The Thai public health department has announced an additional 19,014 infections for Sunday along with another 233 Covid-related deaths. 20,672 patients have been released from state care, again exceeding the number of new cases over the past 24 hours.

5,239 patients remain in a serious condition and another 1,117 are on artificial respiration.

The published numbers extend a general trend over the past week which suggest the number of new cases across Thailand may have peaked.

“There are encouraging indicators and the number of new infections is no longer on a steep upward curve. However, the public have to keep their guard up because fully vaccinated people can still be infected.” – CCSA assistant spokeswoman Dr. Apisamai Srirangsan.

Here are the provincial totals for the last 24 hours in Thailand, from the NBT… 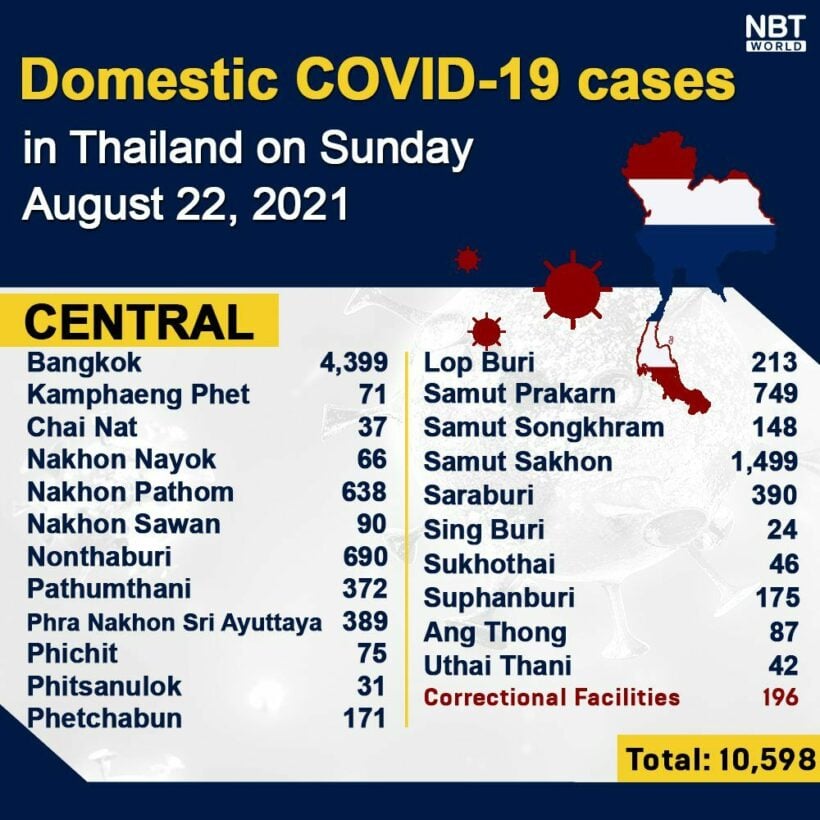 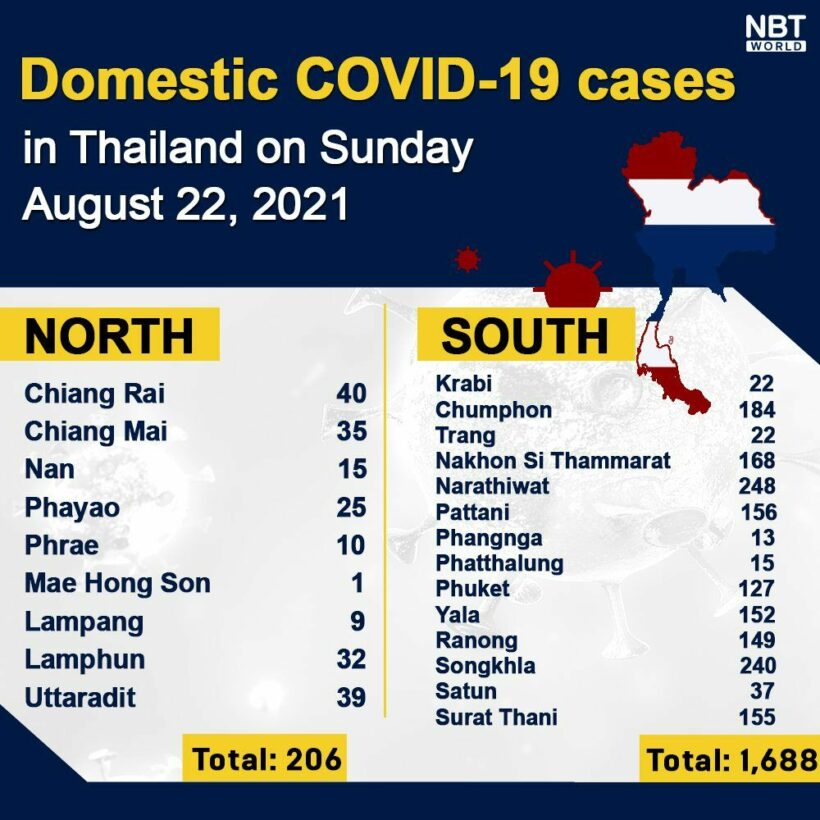 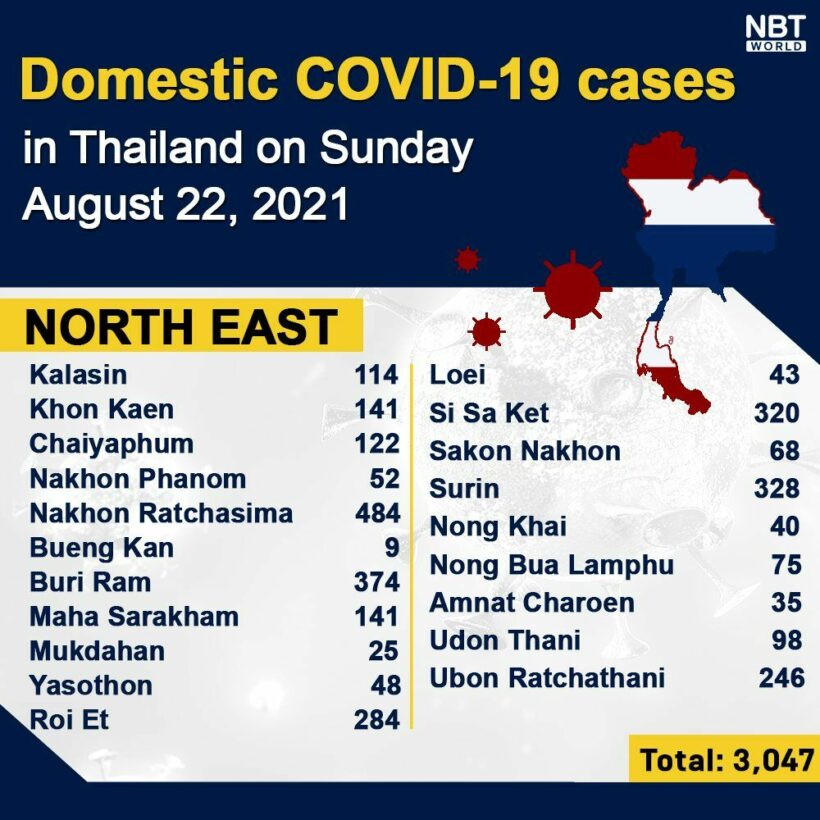 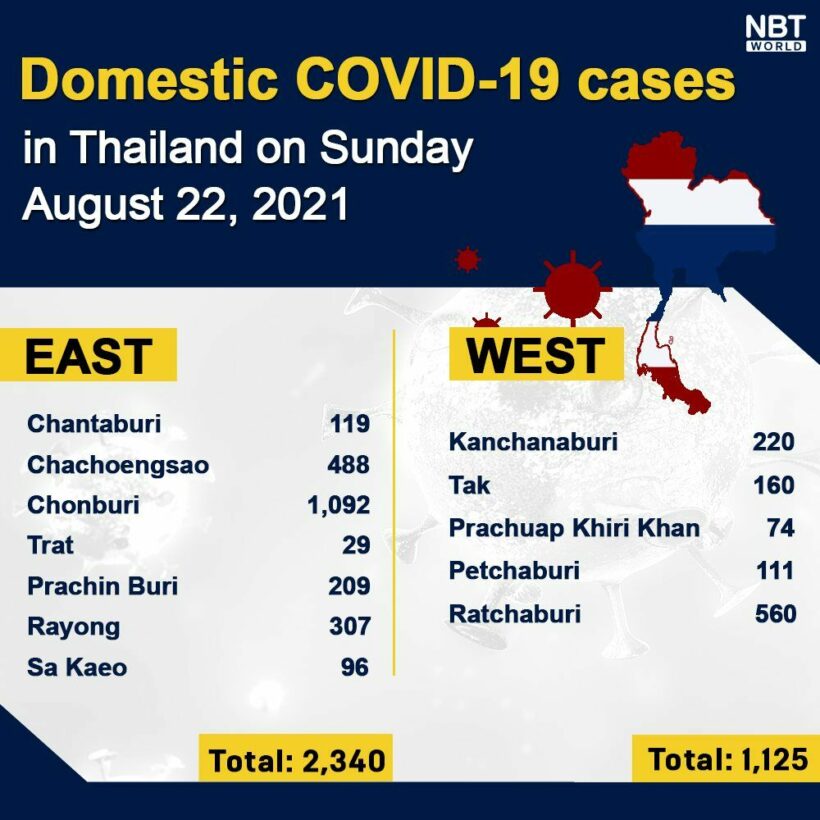 • 24 people have been arrested in Koh Samui after police raided a party over violations of the emergency decree and current restrictions.

13 Thais and 11 foreigners were arrested during the raid on a luxury villa on the Gulf island.

The resort was on upscale Khao Plai Laem in front of the Samui airport in Bophut on Friday evening.

Police found people, mostly men, drinking beer, whiskey and wine. All were detained on charges of violating the executive decree and the Communicable Disease Control Act, according to the Bangkok Post.

They also seized a small amount of cocaine from 2 of the foreign guests. Some of the people arrested already had a criminal history. Everyone was taken to the Bophut police station for formal charging.

• Thailand’s Public Health Ministry has signed a contract to purchase another 10 million doses of Pfizer vaccines, raising the total to 30 million doses for delivery by the end of this year, according to the NBT.

Disease Control Department Director-General Dr. Opas signed a supply agreement for 20 million doses of the Pfizer vaccines on July 20 and the Cabinet approved 9.3 billion baht for the contract to procure the new batch last Tuesday.

Griff1315
Seems the CCSA are happy to reel of all these figures about infections and recovery rates even the amount of cases in the prison system, why they are counted separately I will never understand. Are they not humans, does their…

Food, medical allowance to be cut for Covid patients that are in isolation