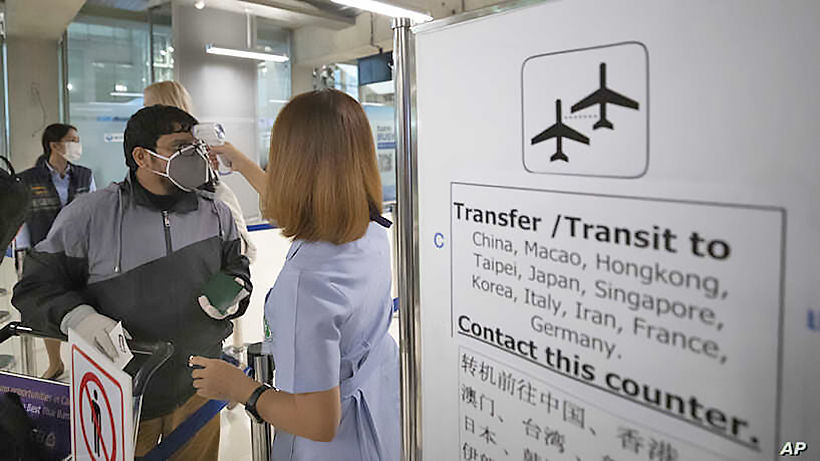 The Centre for Covid-19 Situation Administration announced this morning that 3 new Covid-19 cases were found over the previous 24 hour period, but no deaths, bringing the national total to 3,037 and leaving the death toll at 56.

The new cases were found in Bangkok and Chon Buri – 2 in community areas while 1, a returnee from the Philippines, was already in state quarantine.

A German man is among the new cases. The 42 year old lives in Bangkok but went to Issan’s Chaiyaphum province from April 30 to May 16. A family member had a fever on May 8 but did not go to hospital. He also went to a shopping mall in Chaiyaphum during his stay. After returning to Bangkok, he went for a check-up was found to be infected last Monday.

The second case is a 72 year old Thai man who suffers from diabetes and lung cancer. He is being treated in a state hospital. He went for a haircut at a Bangkok salon 4 days ago, after which his symptoms began to appear on Monday.

The third case is a 25 year old female student who recently returned from the Philippines. She entered state quarantine on May 13 and was found to be infected on Tuesday, though she remains asymptomatic.

9 more people have fully recovered and returned home, leaving just 84 still under treatment.  2,897 have recovered and been discharged, taking the recovery rate to 95% Globally, there have been more than 5 million confirmed cases and around 330,000 deaths.