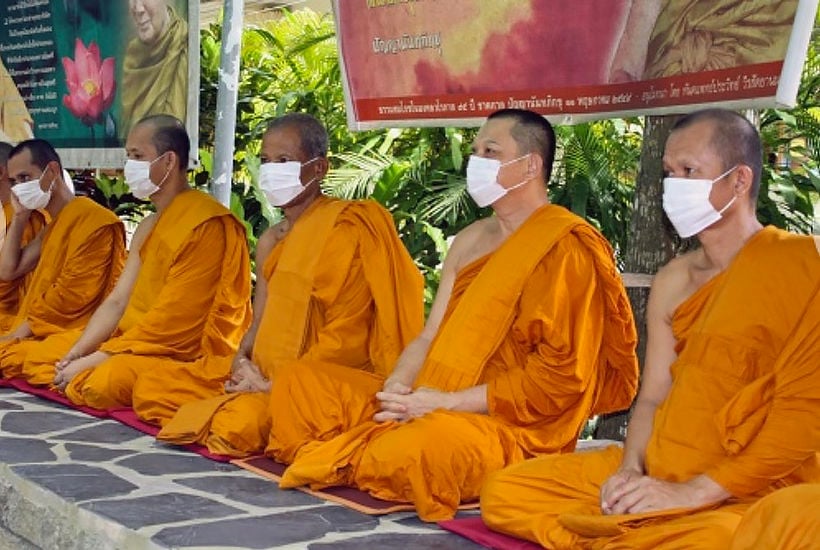 The Royal Thai consulate-general in Los Angeles confirmed yesterday that 3 Thai Buddhist monks at a temple in Las Vegas have contracted Covid-19.

“The temple has 5 monks, who were tested for Covid-19 on July 13. The test results showed 3 have the virus. 2 monks were rushed to the hospital in critical condition and have been on respirators since, while the third displayed minor symptoms and has been treated in a quarantine facility.”

“The abbot and another monk have been found to have no Covid-19 symptoms, but they have been placed in quarantine as a precaution.”

The consul-general says it’s not clear where the monks might have contracted the virus from, as the abbot said that they had not travelled anywhere for months.

“The consulate has distributed PPE suits and other necessary equipment to the temple for monks, temple staff and other related personnel to protect themselves.”

As for a Thai monk who passed away on July 11, it’s been revealed that he was from a different temple in Las Vegas and that he died of complications from an infection.