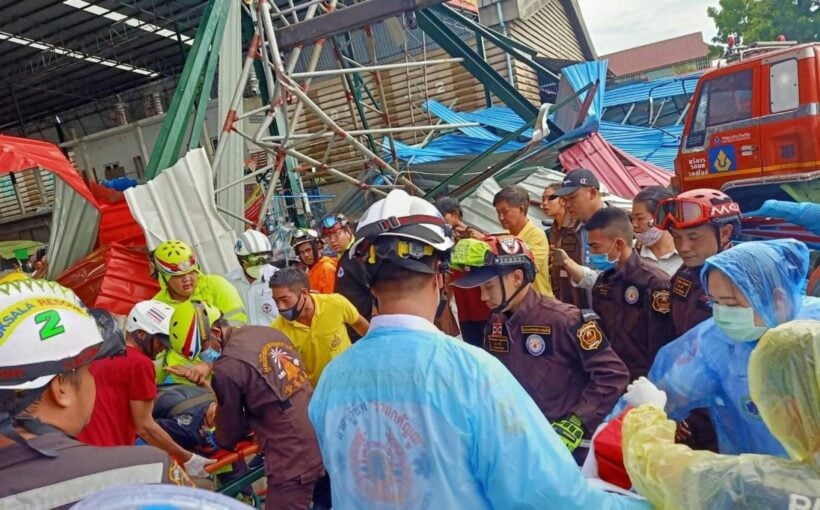 A woman is dead and 14 others injured after a steel structure at a market in the central Nakhon Pathom province’s Bang Khaem subdistrict collapsed in a storm yesterday. Police rushed to the scene and found that a 32 year old sausage vendor Supranee (surname withheld) had been killed while 14 merchants and customers were injured with 5 in reportedly serious condition. They were rushed to nearby hospitals.

A marketgoer said he was shopping when he noticed a storm with strong winds brewing. Heavy rain soon followed.

“After only 10 minutes of heavy wind and rain, I saw the roof sinking and many people ran for their lives. The area comprising fresh food stalls was hit badly, while other buildings in the market, which spans more than 5 rai, weren’t affected.”

Local officials are evaluating the damage and providing assistance to those affected. 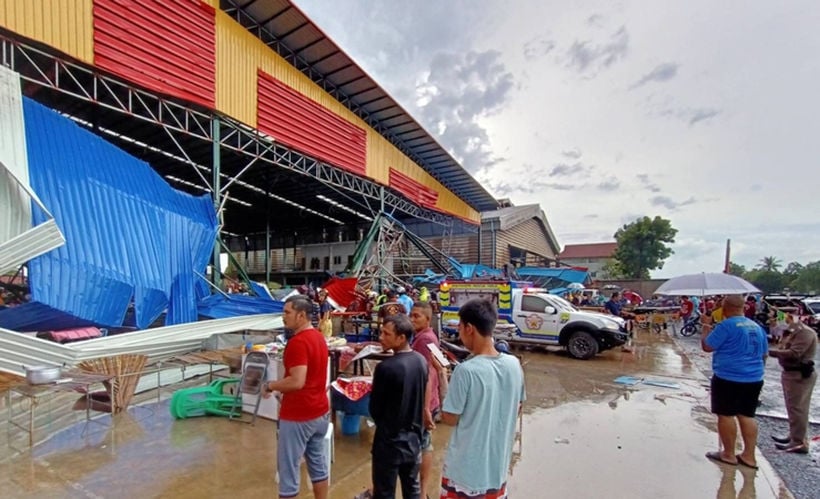 Over 1,000 homes damaged as remnants of tropical storm Sinlaku wreaks havoc in Ranong