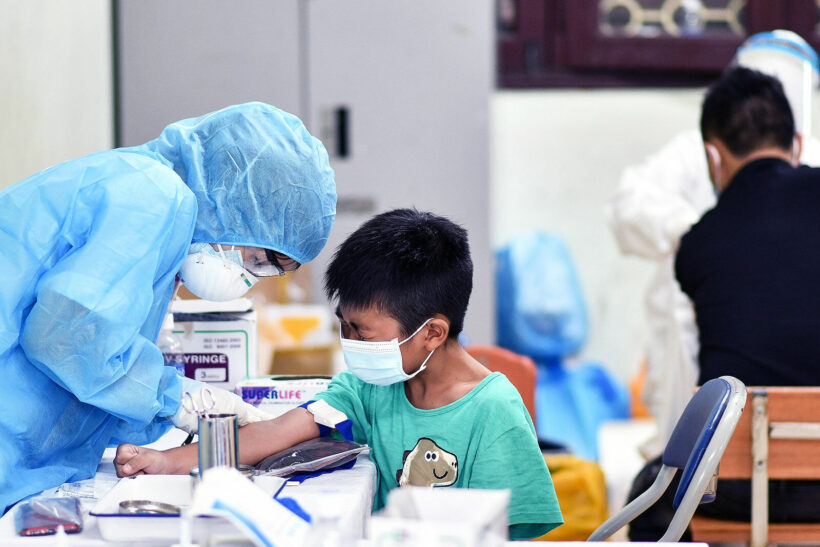 Cambodia is topping the list in Asia for the country with the highest percentage of fully-vaccinated individuals in its population. The country’s 16 million-plus population has seen around 82% receiving at least 2 doses of a Covid-19 vaccine since November 3, according to ourworldindata.org.

The percentage of those fully-vaccinated has beat out Singapore, Brunei and South Korea by 1%. And, it has beat out Japan and Malaysia by 2%. The same website has said that Thailand and Vietnam had immunised 61% and 60% respectively. Indonesia and Laos were the lowest ranked at 44% each. Globally, Cambodia ranks number 5, which is quite impressive by any means. The UAE, Portugal, Cuba and Chile beat out Cambodia for the top 4 rankings.

Reuters Coronavirus Tracker, however, says Cambodia’s vaccination rate is even higher than that of ourworldindata.org. Reuters says Cambodia has actually fully-vaccinated 84.4% of its population. Now, as the Kingdom rolls out vaccines to children aged 3 and 4 in the near future, the government’s plan of having 91% of the country fully-inoculated against Covid-19, is well on its way to materialising.

Around half of the world’s population has now received at least 1 dose of a Covid-19 vaccine, but the situation drastically different in low-income countries. Those countries are reportedly only seeing less than 4% of its total population receiving at least 1 vaccine dose, but Cambodia has remained an exception. As many expect Southeast Asia’s vaccination rates to roughly correlate to its economic development levels, Cambodia has become a leader in vaccine distribution.

But, its response to the Covid pandemic hasn’t been without harsh criticisms. Cambodia’s PM Hun Sen’s government has been criticised for allegedly using the pandemic as a pretext to pursue political vendettas against government critics. Such actions allegedly include arresting dozens of journalists and opposition party members for criticising the government’s Covid response. And, this past April and May’s lockdowns saw restrictions that cut off food supplies for tens of thousands of garment workers, market vendors, and other citizens that were residents of Covid-19 “red zones.”

Despite the criticisms, Cambodia is opening up to tourists who are fully-vaccinated in an effort to boost its economy. Those who want to enter the Kingdom and are fully-vaccinated, will have to undergo a 7-day quarantine. And, a 5-day no quarantine scheme is being offered at specific resorts. That scheme is scheduled to start at the end of November, with many business travellers being allowed to quarantine for only 3 days.

JohninDublin
11 minutes ago, Bob20 said: Shocking story. You just wonder what we will learn years from now, when others in power may discover things about these Covid years... For the people of Cambodia, I wish it was sooner, rather than…
Stonker
1 hour ago, JohninDubin said: I can understand the mistrust of TH gov stats. I just don't understand the willingness by some not to apply the same level of mistrust to Cambodia of all places. This is the country where…
Jason
The percentage figures can be misleading. What age range does that include in any of these stats quoted? The population over 18?, 21?, 12?, 5?.....

BigHewer
Off topic post removed. The topic here is “Cambodia leads Asia for highest percentage of fully-vaccinated population”. Unless I’m mistaken, Western Australia is not located in Cambodia. Let’s stay on topic folks. Regards, Moderator
Stonker
20 hours ago, Jason said: The percentage figures can be misleading. What age range does that include in any of these stats quoted? The population over 18?, 21?, 12?, 5?..... In this case the percentage figures are as stated, the…