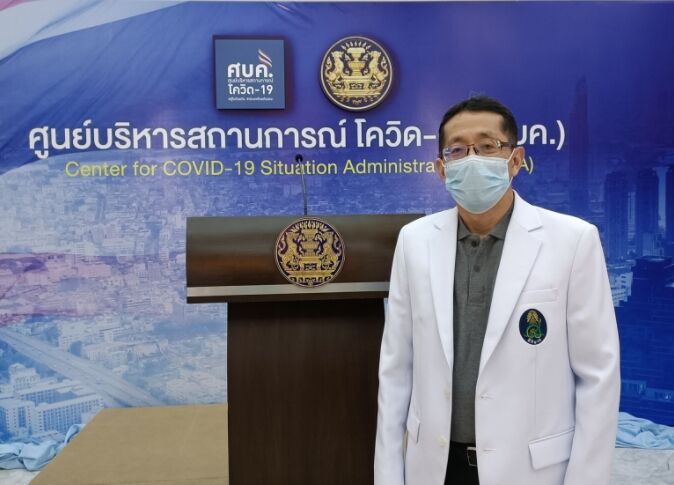 Another doctor has stressed the need for caution over hastily reopening Thailand. However, where the last doctor cautioned against removing the 14 day quarantine, this doctor is emphasising that vaccinating 50 million Thais should not be the only priority.

Dr Nithipat Jiankul, chief of the respiratory disease and tuberculosis department, says that the mass vaccination campaign to achieve here immunity overlooks the healthcare system, the economy, and security.

The doctor says if the infection rate remains around 3,000 a day, or over 300 people still need a ventilator, it would be preferable for the country to stay closed.

He goes on to say that the goalpost of vaccinating 50 million people with the first dose of a vaccine to achieve herd immunity should only be the first step toward easing restrictions. He argues that mass vaccinations should not be the only precondition for reopening.

Further, he says that getting both inoculations isn’t the end of the story. People still need to get a third booster inoculation as well.

The Rural Doctor Society has also chimed in again. They are doubtful that reopening the country in 120 days is feasible. Again they demanded the government increase transparency.

They argue that the PM’s decision came from economists and not health officials.

The society says the crucial factor should be the containment of the pandemics. They cite having an adequate amount of vaccines as being the backbone of containment. They add that they are dubious the government will get the 10 million doses of AstraZeneca next month.

They warn that the PM is giving false hope if there aren’t enough vaccines. Further, his goal will be hindered if outbreaks expose new variants.

King Cotton
17 minutes ago, Rick said: Don't do it.! A man of few words, maybe, but given the twixt a rock and a hard place scenario that the govt are in, I guess just a few words is best!   Hello, Rick and…
Korby
With all that is going on. Thailand was ranked 122 in October 2020, now ranked 76 in the world against Corvid. Believe me, you don't want to be higher up on the scoreboard! At what point will they be able to…