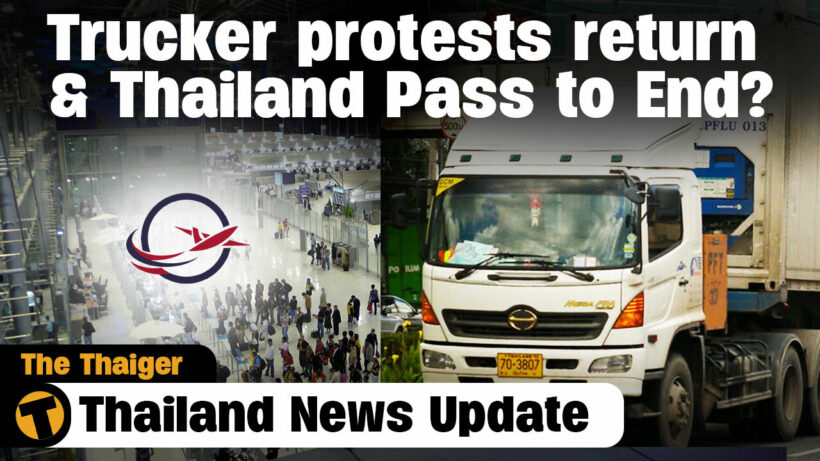 The cancellation of Thailand Pass registration could take place as early as June 1, according to the Tourism and Sports Ministry. With Thailand Pass gone tourists would go back to using their TM6 immigration arrival forms for vaccine declaration. Earlier projected dates of July 1 to drop the much-debated Thailand Pass could happen a month earlier if the CCSA accept the proposal from Tourism and Sports Minister Phiphat Ratchakitprakarn. Whilst the Test & Go and Sandbox programs finish at the end of April, the actual Thailand Pass will remain with travellers still required to upload passport details, vaccination info and proof of payment for their Covid insurance, valued at US$10,000. They still have to wait for approval. Whilst the action to remove much of the paperwork has been welcomed by tourism and hotel operators in Thailand, the digital gateway of the Thailand Pass is still seen as a burocratic barrier by many travellers who would welcome the dropping of the pre-registration process altogether. If the Minister’s proposal goes ahead, immigration officers would be responsible for screening vaccine certificates or vaccine passports. Critics of the Minister’s latest proposal say this will slow immigration processing and just make long queues longer. Meanwhile, the plan to collect a 300 baht tourism fee from international travellers is now scheduled to go to cabinet during May for implementation in the next 3 months.

More than 1,000 new factories, mostly in the food industry, have been established over the past six months with investment totalling 56.3 billion baht. According to the Department of Industrial Works, the considerable investment is a good sign for Thailand’s economic recovery. Although 361 businesses closed in Q3 and Q4 last year, the number of closures is down 8.4%, compared to the same time last year. The new factories would employ some 31,330 workers, according to the department.

For the first time in 18 years, Thailand’s postal rates are going up. The country’s Digital Economy and Society Ministry said that according to data from 2011-2020, Thailand Post has lost up to 18.4 billion baht, and says it’s likely to keep rising. On Tuesday, the Cabinet approved a proposal by the ministry to raise rates. In its 2020 report, Thailand Post said the agency has to operate over 5,000 post offices so that people can have adequate postal service, even though some offices brought in low revenue. But it’s not only postal services, Thailand is seeing a wave of price surges. The diesel price is set to spike starting May 1 now that a subsidy on diesel has been depleted. After an outbreak of African Swine Flu in Thailand, the price of pork has surged in January, with prices for other meats now following suit, along with costs of fresh food and produce, across the board.

The Department of National Parks, Wildlife and Plant Conservation has prosecuted dog owners who brought dogs and bathed with them at a waterfall inside the Khao Luang National Park in the southern province of Nakhon Si Thammarat. The authorities said pets were banned from entering the national parks in Thailand to prevent the spread of diseases from the urban area. One social media account posted pictures of a man and a woman enjoying a waterfall along with their two dogs on a Facebook group. The authority clarified with Thai media that pets were banned from entering the national parks because of the risk of spreading some diseases to indigenous animal.

Now something for Jay and all you ‘beliebers’ out there, Justin Bieber will be back in Thailand to perform live on November 6, with tickets going on sale tomorrow costing 2,500 – 16,500 baht apiece. He’s scheduled to perform at the Rajamangala National Stadium in Ramkhaemphang, Bangkok. Bieber will be kicking off the Southeast Asian leg of his Justice World Tour on October, starting with a performance in Malaysia on the 22nd, followed by Singapore on the 25th, and two gigs in Indonesia on November 2 and 3. The Land of Smiles will be his last stop in Southeast Asia before taking his tour to the Land of the Rising Sun — Japan. It’s been nearly a decade since the Canadian pop star last performed in Thailand in September 2013. The only international act to EVER sell out two nights at the huge Rajamangala stadium was south Koreas BTS back in May 2019.

Now that Thailand has announced the upcoming end of its diesel price cap, Bangkok truckers rallied yesterday to demand that the price cap continues. Currently, the price for diesel is capped is 30 baht per litre, but that finishes at the end of this month. On Tuesday, Thailand’s Energy Minister said the retail price is now actually 40 baht per litre, so the government have have been subsiding 10 baht of each litre to keep the pump price at 30 baht. Now the government is preparing to lower the subsidy that has enabled the price cap, and the minister’s only concession is that they would try to raise the price slowly, starting on May 1. Yesterday truckers rallied in front of Government House to insist the government keep the 30 baht per litre cap. And they called for the Energy Minister to be sacked… a call they made many times earlier this year. Demands also include reducing the excise tax on fuel to 0.20 baht per litre, to equal that on aviation fuel. The truckers called for removing biodiesel from the system, which will help reduce the price by 1.5-2 baht per litre, as biodiesel prices are as high as 56.4 baht per litre. PM Prayut is calling on the public to have sympathy with the government’s limitations in its ability to control prices. Prayut stressed that now is the time for everyone to cooperate.

As the region continues to open back to general travel, Malaysia will remove Covid testing for all inbound travellers who are fully vaccinated or under the age of 12 from the start of May Malaysia will also make it optional to wear masks outdoors and do check-ins before entering premises. From May 1, masks must continue to be worn indoors, including on public transport. The further easing of measures in Malaysia follows a sharp decline in hospitalisation rates and drops in demand for intensive care beds. Non-vaccinated travellers will still be required to take a test before they travel to Malaysia.

Shanghai authorities are hinting at an easing of the draconian lockdown measures as Covid infections dropped to the lowest in three weeks, while case numbers in Beijing stabilised… a potential sign authorities are starting to bring the outbreaks under control. Cases in Shanghai fell for the fourth day in a row to 13,562 though the city added another 48 Covid-related deaths. Beijing reported 34 cases on Tuesday as the city started testing millions of residents as it tries to quash the spread of the omicron variant. The lockdowns in Shanghai and Beijing, to cope with a seemingly small amount compared to cities around the world of similar size, has been an unprecedented challenge for China’s Covid Zero policy.

Russia is warning Japan of “retaliatory measures” if Japan continues to expand joint naval exercises with the US near Russia’s eastern borders. The threat is just the latest from Moscow, which continues to be angered by Japan’s support for Ukraine and its growing ties with NATO. So they’re turning up the heat in a long-running dispute over the sovereignty of islands captured by Soviet forces at the end of World War II in the norther sections of the Sea of Japan. Russian Deputy Foreign Minister says that US-Japan naval exercises were “potentially offensive”. The US and Japanese navies last week wrapped up joint exercises in the East China Sea and Philippine Sea headlined by the USS Abraham Lincoln Carrier Strike Group.

Ramanathan.P
It is very obvious when we see the situation at the shop floor. Workers debt has increased substantially, which is equivalent to more than 90% of the GDP. And According to Thai Chamber of Commerce president it could reach 93%…

Chon Buri residents hunt for lizard when crocodile bites them