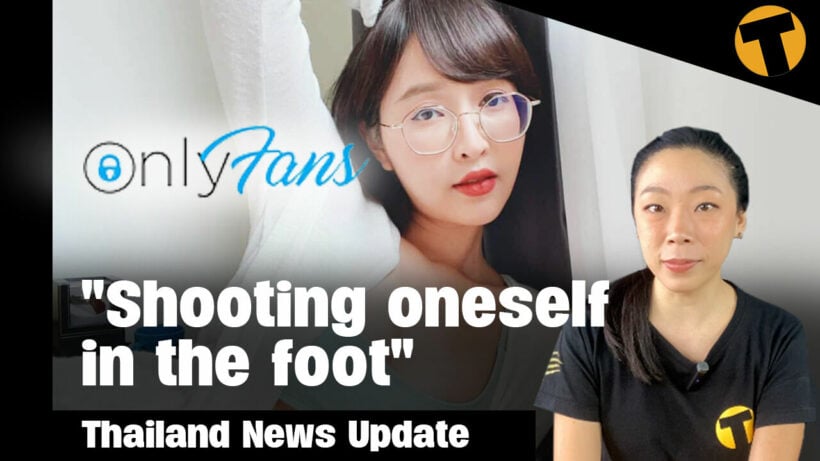 The cabinet eventually caved in this week by agreeing to cut the excise tax on diesel by three baht per litre, from the current 6 baht tax. This will for up to three months to help ease the impact of high energy prices on the cost of transport and consumer goods in Thailand.The cabinet approved halving the price until May 20.

The Excise Department will lose some 17 billion baht in tax revenue, but the Finance Minister says that the cut was another measure to ease the impact of high oil prices on people, in addition to the Oil Fund being used to help cap petrol prices at 30 baht a litre.Truck drivers have stepped up protests over recent weeks to demand the Energy Minister either resign or reduce the diesel taxes.

Meanwhile the vice-chairman of the Federation of Thai Industries, said rising crude oil prices are among external factors beyond Thailand’s control, partly because output has failed to keep pace with rising demand by countries pursuing economic recovery, and the recent tensions between Russia and Ukraine.

Six Thai police officers have been transferred from their positions and now face disciplinary action after they allegedly demanded a bribe and for not reporting their drug seizure with the department. The officers in the Isaan province Nakhon Phanom allegedly demanded a bribe from a man running a delivery service for the release of two of his employees who had been arrested on drug charges.

The officers were also said to have seized 200,000 methamphetamine pills, but there is no record filed at the police station.The deputy commander of the police station says senior officers investigated after the story of the extortion attempt was shared on social media. The commander says there was also no record of seized evidence. The six officers were transferred from their posts while senior officers investigate. Police plan to interview the two delivery employees who were held by the officers while they demanded ransom.

A Thai woman who posts sexually explicit photos and videos on her OnlyFans account says her content, which was intended only for those who pay for a subscription to her page, was republished without permission and spread for free on a gambling website. She reported the incident to the Thai police, but that backfired.

Officers have now put the 25 year old woman under investigation for sharing pornographic content, which is still illegal in Thailand.OnlyFans allows content creators to use an official watermark as copyright protection. If the content is stolen, the site says an OnlyFans designated team can help resolve the issue for free, but it’s unclear what that means for those in Thailand who can face criminal charges for selling pornographic content online.

Meanwhile, a suspect who runs a gambling page where the stolen content was posted has now been arrested by the Rayong Provincial Police. The 30 year old faces charges for advertising and inviting others to join gambling both directly and indirectly and spreading sexual content to the public. The man allegedly stole media from other women as well. Reports say the suspect admitted to stealing the content and operating a gambling site, making him over 50,000 baht per month.

When the governing political party came to power in the months after the 2019, they probably didn’t envisage that a train could bring their coalition to its knees 3 years later. Now attention has turned to one of the coalition parties, the Bhumjaithai Party and their next move on a 30 year extension of the Green Line railway concession with the maximum fare set at 65 baht.

Last week Deputy PM Anutin, and other ministers from their Bhumjaithai Party, decided not to attend a cabinet meeting where the contentious contract was being discussed. The matter has been tabled, then withdrawn, from cabinet meetings 7 times now. Now the rift is being interpreted as a challenge to the authority of PM Prayut Chan-o-chaBhumjaithai says that the reason Mr Saksayam, party member and current transport minister, was against the 30 year Green Line railway concession is because he believes the government would be disadvantaged by extending the contract.The contracts for the Green Line have been dragging on for a number of years and have become a major stumbling point for the coalition.

Digital exchange vendors say they support some of the Thai Securities and Exchange Commission’s proposals to tighten regulations on cryptocurrency advertising, but are seeking further clarification as over many of the issues. The SEC announced on Monday that it was seeking opinions on the proposals to ban advertising for cryptocurrency and crypto exchanges, and set p proper guidelines for crypto advertising.

That process will run up to the middle of March.The SEC says that cryptocurrency advertising must not feature exaggerated, distorted or misleading information, claiming that much of the past advertising has been littered with misinformation and highly exaggerated claims.

They say that the advertising of cryptocurrencies should be limited and that ads in public areas should be prohibited, though ads about services will still be permitted in public areas. There will also be guidelines on who can advertise and regulations about their registration as executives of properly qualified companies.

Vietnam plans to reopen borders for foreign travellers on March 15, although the date is not yet official. A draft proposal is in the works to fully allow inbound and outbound tourism starting in mid-March. The Ministry of Culture, Sports and Tourism is now getting input from relevant agencies before submitting the proposal to the Vietnamese government.

But so far, the proposal says foreign tourists entering Vietnam by land, sea, or air will be required to present documentation certifying that they are either vaccinated against Covid-19 or that they recently recovered from an infection.The proposal also says that tourists will need to show a negative result from a rapid antigen test done within 24 hours after arrival. Travellers would also need insurance covering Covid-19.

Travellers who are vaccinated will be able to book three-day tour packages with designated travel agencies while those who are unvaccinated will have to book tours at a minimum of seven days.Yesterday, Vietnam lifted Covid-19 curbs on international flights from all markets, with no limits on flight numbers.

Omicron subvariant BA.2 accounts for 18% of Covid-19 infections in Thailand