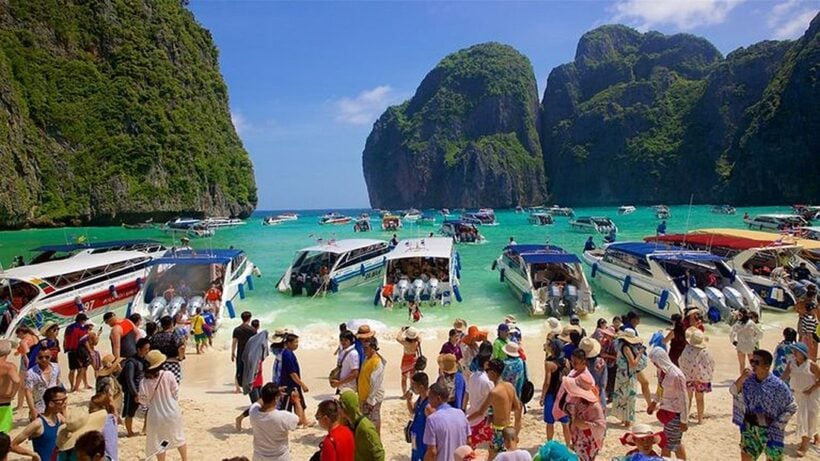 According to AFP, Maya Bay is going to be closed in June this year.

“The once-pristine Thai bay which became a tourist magnet after the 2000 movie “The Beach” will be closed to boats for several months to prevent further damage to its coral, an official said Wednesday.

Hordes of tourists flock daily to Maya Bay on Koh Phi Phi Ley for selfies in front of the famed limestone cliffs and blue waters, leading to complaints of environmental damage to the water and sand.”

Yes, it was the beach used in ‘The Beach’ (as the On On Hotel in Old Phuket Town was used as the gloomy Bangkok back-packer accommodation at the start of the film) and, yes, they’re right about the ‘hordes’. The poor beach is being raped daily by the onslaught of tourists, both on the beach and the hundreds of speedboats that either pull up on the sand or anchor in the bay.

But the Tourism Authority of Thailand has denied the story quoted in many prominent international media, saying…

“News in the international media today that Maya Bay will close to tourists is false news. There is no plan to close the bay or island. #Thailand #ThaiTourismNews”

News in the international media today that Maya Bay will close to tourists is false news. There has been no official…

The media tit-for-tat will continue as news editors and TaT officials scramble for clarity on the matter.

Last September we published this story…

Officials of the Koh Phi Phi National park authority held crisis talks yesterday where they were told that the bay has been ravaged by too much tourism.”

This may be where the overseas editors have got their information.

And just last month, this…

“If we close the island, people can’t come in and disturb the marine life, and we’ll have more time to get that restoration work done,” Gen Surasak said. “It’s not a question of money. Everything needs to be within a sustainable balance.”

The question ‘is Maya Bay going to be closed in June?’ is still up in the air (but not according to the TaT). The question ‘should Maya Bay be closed?’ seems fairly cut-and-dried when it comes to a long-term plan to better handle the world attraction.

If the tourists still want to come and the money flow from tourists to tour boats to tour companies to… whoever keeps continuing its hard to see them killing off the golden goose.

The bottomline can probably be summed up in this exert…

“Had Nopparat Thara – Phi Phi Island National Park has officially reached the highest income among the national parks across the country this year with 669 million Baht.

The statistic were revealed by the Department of Nature, Wildlife and Plant Conservation (DNP) yesterday (October 9), when they released the profit generated by all 147 national parks across the nation from October 2016 – 2017; a new record of 2.4 billion Baht for Thailand’s national parks.”

The commercial realities will over-ride any pressing environmental concerns, just about every time. If they actually do close Maya Bay this June we’ll be as surprised as the tourists who’ve already booked their trip to visit the iconic ‘The Beach’ beach. 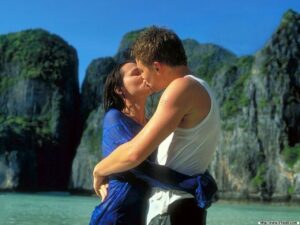