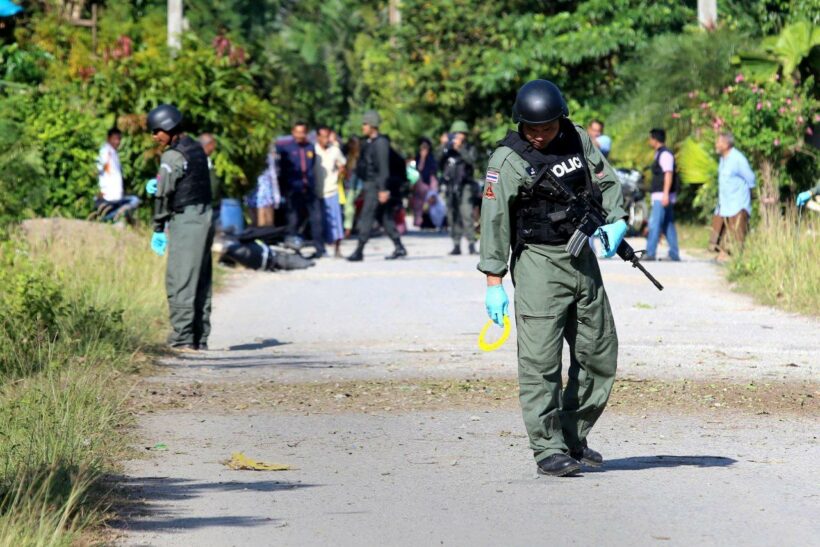 Two Muslim paramilitary soldiers were severely injured in a bomb attack while they were escorting a group of teachers to a school in Yala province on Thursday morning, police said.

Police said Muslim insurgents had detonated an IED hidden along the main road in Bannang Sareng village in Muang district at 7.30am. A team of seven paramilitary soldiers on four motorcycles were escorting teachers on their way to Pracha Uthi School.

50 year old Muhammadroni Laohama and 40 year old Wansurohwan Jehming, who were riding on the last motorcycle in the procession, were injured by the blast.

Police said insurgents had used a walkie-talkie to detonate the bomb, so they must have been hiding nearby to monitor the group.

Phi Phi’s Maya Bay to be closed this June. Or maybe not…