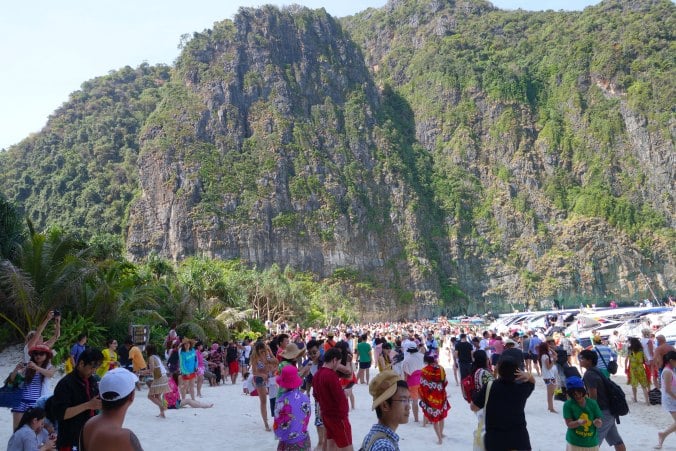 Officials of the Koh Phi Phi National park authority held crisis talks yesterday where they were told that the bay has been ravaged by too much tourism.

So it’s going to be shut to allow the beach side of Maya Bay, as well as the waters in the bay, to recover ahead of the 2018 high season.

Photos and stories in international media have shocked officials into doing something about the massive crowds heading to Maya Bay every day, sometimes leaving standing room only on the iconic beach, made famous by the 2000 Leonardo DiCaprio film, The Beach.

Officials have also been receiving complaints from concerned locals about tour boats anchoring indiscriminately in the area causing damage to the bay floor and any remaining corals.

Ao Sane and Nakkerd Mountain under DSI investigation for encroachment