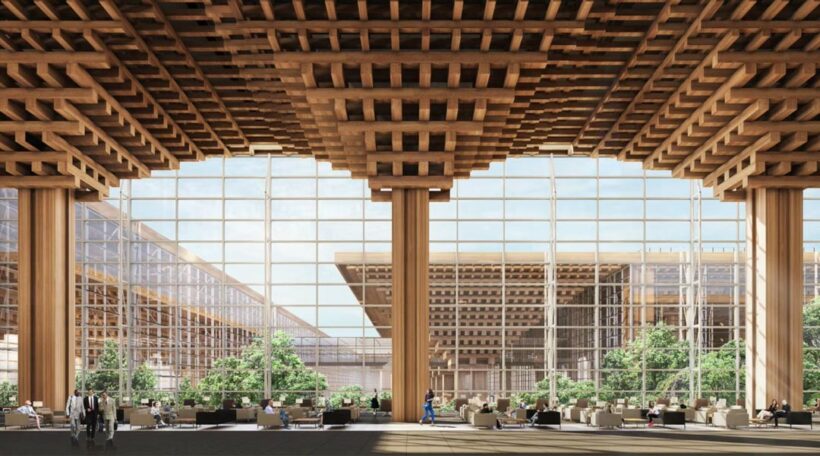 Renowned Thai architect Duangrit Bunnag’s winning “forest” design for Suvarnabhumi Airport’s new 35 billion baht passenger terminal is embroiled in a plagiarism controversy as well as added scepticism about the transparency of the design contest organised by Airports of Thailand (AoT).

The uproar arose after the original winner – SPAN Consultants and Sign-Tech Engineering Consultant Company, entering as “the SA Group” – was disqualified for failing to return the official AoT quotation form bearing its cost estimate.

The runner-up, Duangrit’s DBALP Consortium, was declared the winner last week amid claims that it had plagiarised the concept of Kengo Kuma’s Yusuhara Wooden Bridge Museum in southern Japan.

The design contract, alone, is worth around 329 million baht. The DBALP design had the assistance of several other agencies, including Japan’s Nikken Sekkei, EMS Consultants, MHPM, MSE and ARJ Consortium.

Four architecture firms tendered to design the new Terminal 2, which is part of the Bangkok airport’s third development phase. The others in the running were Varda Associates and the Beaumont Partnership.

If the DBALP proposal goes forward, construction of the 348,000 square metre T2 is scheduled for completion in 30 months and the terminal should be fully operational in 2021 or early 2022. It’s intended to accommodate more than 30 million passengers annually. But the project could be delayed because the SA Group has asked the government and Administrative Court to consider the plagiarism claim. PM Prayut Chan-o-cha has instructed AoT to review the contest and make sure everything was above board. Prayut said after a Cabinet meeting on Tuesday that the AoT must ensure there were no legal impediments that would delay construction of T2.

“The contest was conducted transparently,” AoT president Nitinai Sirismatthakarn insisted in an official statement the same day, adding that the SA Group was disqualified only for lack of the quotation form, an oversight to which he said the bidder admitted.  However, the group has claimed it received no such form from AoT.

“The original quotation for design cost was an important document in the bidding process and our procurement staff had prepared and numbered them accordingly,” Nitinai said.

He added that the list of documents contained in envelopes given to the bidders was also made clear to them.

“There was no complaint from any bidder about not receiving all the documents,” he said. 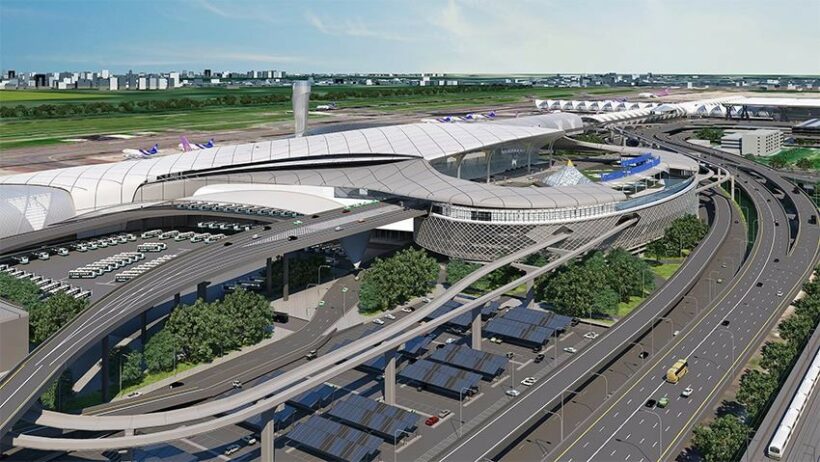 The design by Varda Associates Company

AoT has yet to sign a contract with Duangrit and his team, pending the review and consultation with experts and the public.

The Architects Council of Thailand affirmed on Friday that the design contest had met its regulations for single-step bidding. The contest, though, took place before the new Government Procurement and Supplies Management Act was passed, by which such bidding competitions are required to enter two rounds, covering conceptual design and construction design. 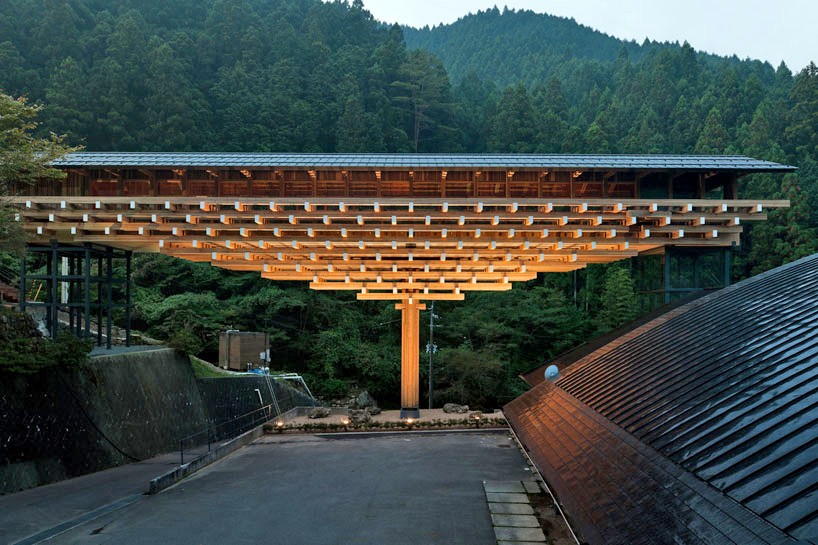 Duangrit’s design is indeed similar to that of the iconic Japanese museum, but the Architects Council has not been prodded to take action on ethical grounds.

“We can’t say that he’s copied anything because we would first need to see all the relevant documents,” said Channarong Khanthong, the council’s second vice president.

“The investigation process would take time, but if we found him guilty of plagiarism, his proposal could not be used for the terminal.”

He said he spent over two months on the concept, drawing inspiration not from Kuma’s museum but from Thailand’s tropical forests.

Passengers would be greeted at the terminal by a lush landscape and huge waterfall, under a roof of modular components supported by overlapping wooden columns. It’s this last facet of the design that’s drawn comparisons to the Wooden Bridge Museum.

Critics say that Duangrit’s complicated design would make the terminal far more difficult to maintain than the SA Group concept.