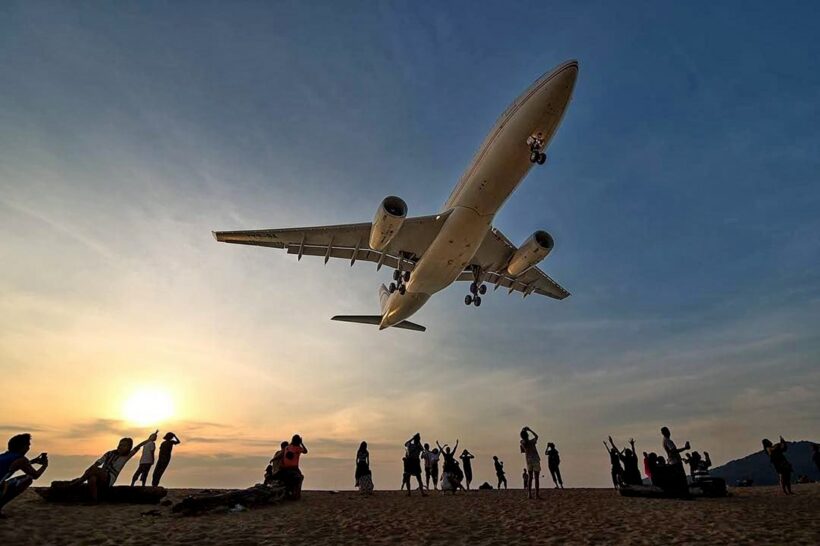 The Phuket International Airport runway is built right on the beach, Nai Yang Beach. The actual runway, running east/west, finishes about 150 metres before the actual beach. So, when planes are landing from the west they come down really low over the people on the beach just before it touches down. Pilots like to land fairly close to the start of the runway so they have plenty of distance to stop. Bingo, great photo opportunity!

The trick, for photographers (or people with aspirations to get ‘that’ shot of the plane flying overhead with a smartphone), is that they need to do it, mostly, during high season when the winds are coming from the east and northeast and planes land from the Andaman Sea end towards Thepkasattri Road. 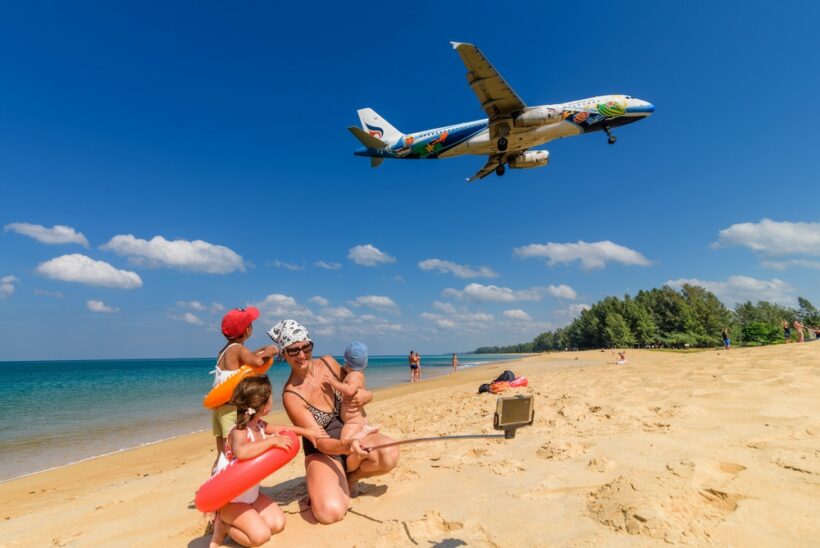 During the monsoon (approximately from May-November) the planes will, mostly, land from the Thepkasattri Road end, towards the beach.

So that means, during the monsoon, planes are taking off over Nai Yang Beach and will already be a few hundred metres above the waiting photographers by the time the planes gets above the beach. Bummer!

Still, anytime of the year, people are heading to the northern end of Nai Yang Beach to capture THE shot and sharing it on their social media.

There are two locations where you can park and get to the area easily to take a photo.

At the southern end of the airport perimeter you have the Sirinat National Park and there’s adequate parking right next to the beach (usually a lot of joggers and picnickers around that area). It’s about an 800 metre hike along the beach from that area.

At the northern end of the airport is a much closer car park area. The beach at that end is also patrolled by lifeguards (sometimes) and there’s always a few vendors there to capture the passing traffic.

The photo area is on the actual beach and you have complete unrestricted access to that position. There’s a 3 metre perimeter fence right around the airport including barbed wire at the top. There’s also plenty of signs around the outside fencing which make it clear that you will be arrested if you try and get onto airport land and patrols checking the perimeter to escort you to the nearest jail.

But the photos are there to be had and access is easy.

Best time for the perfect photo will be early morning during the high season when the airport’s busiest, probably from 6am – 9am any morning.