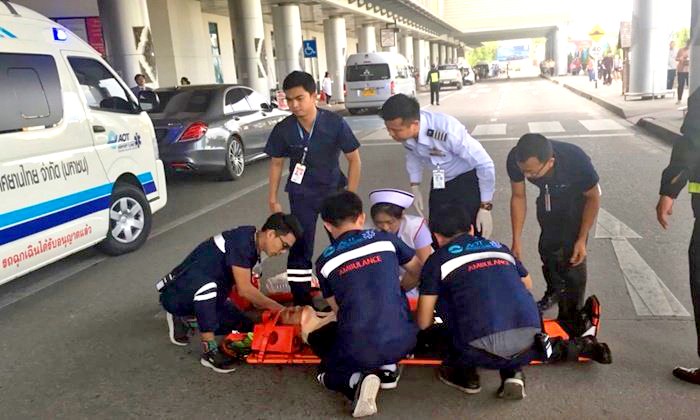 A Thai woman, aged around 40, took out her anger on cars and security personnel outside the domestic terminal of Chiang Mai airport yesterday afternoon. Apparently she was angry that she had been clamped then fined for parking in the drop-off area.

Witnesses say the woman had parked illegally outside and gone into the terminal.

According to the Sanook report, announcements were made on the PA to get her to return to her vehicle which had been clamped. She eventually turned up after an hour.

She was made to pay a fine to have the clamps removed then went berserk driving into the security guard and four other vehicles – a Fiesta, a Fortuner, a Toyota van and a Mercedes Benz S500.

The guard on traffic duty was left with a broken left leg and four vehicles were damaged. The guard was dragged 20 metres by the woman in her Toyota Vigo pick-up. The security guard was taken to ICU at Maharat Nakorn Chiang Mai Hospital.

The woman was eventually arrested after being stopped about 50 metres from the incident by airport officials. Police say the incident occurred at about 4.15pm near gate 5 of the domestic terminal.

The woman is yet to be named and no charges have been laid at this stage. 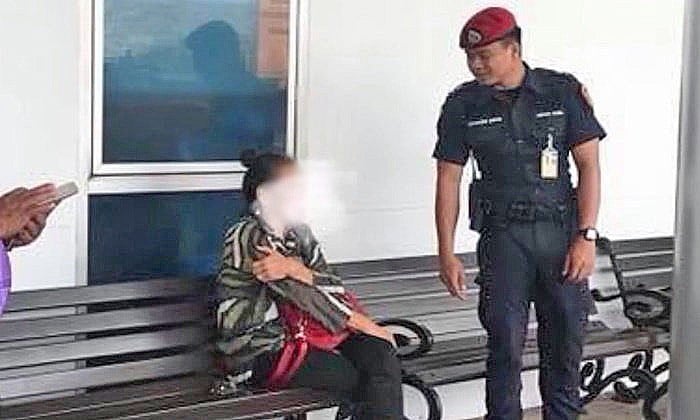