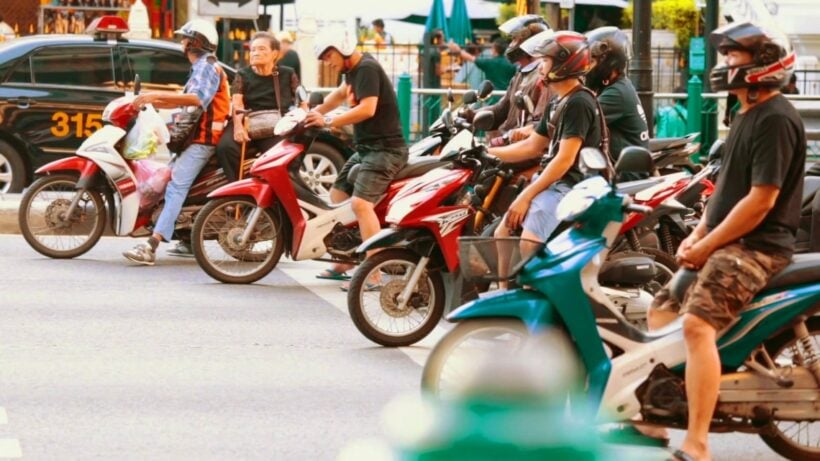 Thai Rath are reporting that proposals are in the pipeline for a large scale revamp of fines and jail terms for Thais without driving licenses. They claim that the top police say road behavior needs to change and that they’ve had enough.

The transport ministry is recommending the changes for two out of date laws that date back to 1979.

This would mean drivers without licenses could now be fined up to 50,000 baht and go to jail for three months. The previous penalty was a 1,000 baht ‘slap on the wrist’ and a possible jail term of one month.

Motorists driving while suspended or who have had their licence confiscated can also face 3 months jail or a 50,000 baht fine. Previously this was a 2,000 baht fine only.

The proposal, intended to be put to Thai ministerial committees next month, further state that drivers who fail to produce a valid licence when requested can be fined 10,000 baht up from the previous 1,000 baht.

The proposals also include modernisation of procedures, computerisation, linking provincial data bases and other licensing matters. The proposals are seen to bring the law up to date and are designed to change the behavior of Thais for the better.