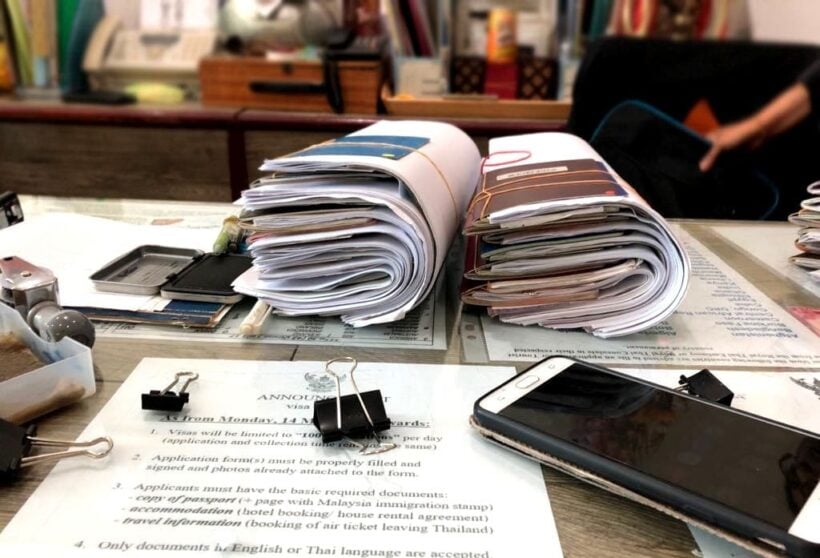 This story was one person’s experience of the visa process in Penang. It should not be regarded as ‘typical’ or even used as a guide. But we provide Jim’s journey as warning to do your homework before embarking on getting or renewing your visa.

Be aware that this seemingly simple trip to the former ‘Pearl of the Orient’ in Malaysia is not just a matter of paperwork to enable you to stay in Thailand – you unwittingly become embroiled in a major industry involving hundreds of on-the-ground staff who, you guessed it, are in for a ‘cut of the action’.

This isn’t merely a paperwork formality, it’s an industry. For whatever reason the process is made sufficiently opaque that you will eventually need one of these resources.

If you’re lucky enough to have a Thai employer to pay for your visa and organise the pile of paperwork, you’re halfway there.

Alerted by ‘Jim’, not his real name, The Thaiger dug deeper to uncover a highly developed underground business, full of layers and commissions, all of it undeclared to the poor sods who make the journey to Penang to renew their visas or are in the process of getting a new one.

Jim ended up paying more than 40,000 baht for a process he could have completed by himself for a fraction of the cost. The kick, however, is the complexity of the Thai visa process and the seemingly random necessities you will find on different days or speaking to different staff.

“I wasn’t prepared for the layer of hiccups I had to sort out. You need to be brave to attempt any of this on your own,” said Jim.

“I’ve already paid 40,000 and now told I have to go back to Penang again in 90 days for another part of the process. I’m confused and annoyed.”

This was Jim’s first time to get a visa. He says he wanted to do it properly and the confusing and contrary information found online did little to help.

So he went to the source, or so he thought. He explained to us, among his adventures, that he visited Phuket Immigration three times trying to ascertain specifics about the paperwork he required and received three quite different answers about requirements and necessary papers he would need.

Being over 50 one staff member kept pushing him to apply for a ‘Retirement’ visa but Jim wanted to work. 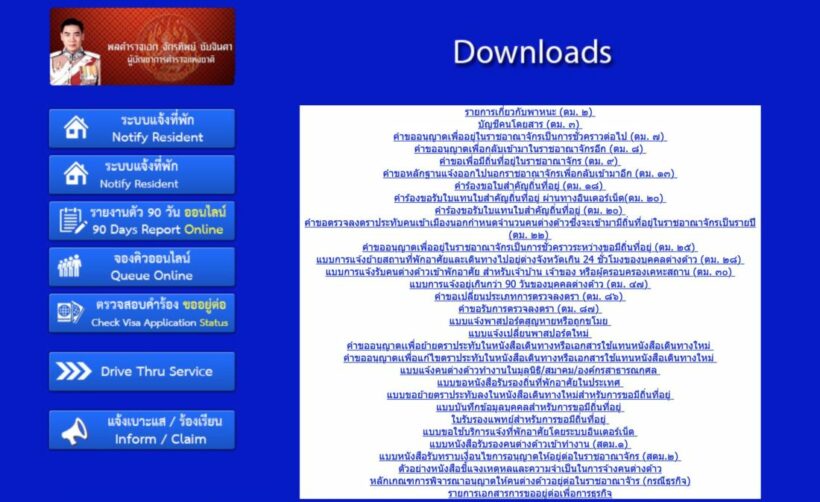 There are two ways of traveling to Penang from Phuket – road or bus. By road you either need to drive yourself or take one of the hundreds of passenger vans that ply the well-worn roads in the Visa Run business each week. Jim described his trip as nail-biting but he was pre-warned of the perils of taking the bus ride.

Jim says the problems of the drive south are not a matter of bad drivers, indeed he described his driver as very experienced, pleasant and helpful. But the driver was on a race with the clock to meet deadlines of getting to the border in time and then getting customers to the agents at Penang in time to apply for the visa application in the morning. Miss the deadline and it’s adds extra days, expense and inconvenience to the whole process.

He told us that on his trip there was one eastern European passenger who had overstay problems when he reached the border. He didn’t have enough money to pay the fine so the rest of the bus had to either pitch in and help or be delayed for long enough to miss their Embassy deadline that morning. They handed the hat around and paid the man’s fine to the border officials.

“Just one person on the bus can cause delays for everyone else if everything isn’t in order at the border.”

The other way is to fly there with Firefly or Air-Asia. The competition from Air Asia has really reduced the airfare cost and made it a much more attractive option – a mere hour in the air. Depending on where you stay and how precious your time is, flying to Penang is worth considering and may end up cheaper and quicker.

The Thai Consulate General in Penang reported in 2018 that they will only be able to accept the first 100 applications each day. This is not what actually happens as the two registered ‘agents’ in Penang (registered to deal directly with the Embassy) have ‘slots’ for their customers.

We spoke to a Penang ‘agent’ on condition of anonymity.

“The Thai Consulate General actually process up to 200-300 applications on some days but mostly through us agents. They restrict the ‘walk-ins’ to 100 applications a day. Miss the cut and you have to wait until the next day.”

The number of visa applications processed by the Consulate varies wildly from day to day, depending on the time of year and if there was a public holiday the day before. One Penang visa agent described the Embassy as ‘flexible’.

“We’ve earned our position of favour with the Embassy over the years by ‘building relationships’ and making sure the applications we send have already been checked to meet all the requirements.”

The Thai Consulate General loves the agents and, mostly, prefers to work with them. This is because the agents act as a ‘go-between’ for the Embassy, weeding out the bad applications or fixing them (for a cost) before they cross their desk.

Trying to organise and apply for your visa as a DIY is absolutely possible but you need to be prepared to play the ‘game’ – be there long before the gates open, ensure you absolutely have the correct documentation and be happy to stand in the sun or rain, because there’s no shade or shelter waiting in the long queue.

“Take more money than you think you’ll need. I had two photos but they weren’t identical photos and the agent said the Consulate would refuse to accept them. But just outside the gate of the consulate I noticed a vendor who took photos and had a photocopy service set up,” said Jim.

Services to assist you through the visa process are enthusiastically advertised. And, to make it quite clear, often their advice is in their best interests, not yours.

Jim discovered that his ‘case’ had been sold through four other agents, each taking a commission along the way. Like a slave in a human trafficking ring, cases get sold down the line, each attracting another commission. Who pays for all this? The poor applicant who just wants to stay in Thailand.

In the end the costs kept spiraling – additional documents that needed to be copied, new photos, ‘problems’ that can be ‘fast-tracked’ with an additional payment. Otherwise the threat always hangs over the head of the applicants that they will have to wait another day if they don’t keep putting the coins into the visa machine.

None of this is probably a surprise to the long-suffering foreigners who have to run the gauntlet of visa runs frequently – it never gets any easier. There’s no doubt that money will always grease the wheels but it’s best to be aware of where that money is going and that you’re supporting an industry of fifth or sixth-tier ‘agents’ and ‘lawyers’, some more trustworthy than others.

Jim said he would fly to Penang next time, forsaking the long bus ride and saving time. He also recommended organising your own accommodation if possible as the rates for the hotels in the ‘visa packages’ was at least double what you could book online. He also said that the accommodations were mostly at the lower-end of the quality spectrum.

“If you have a Thai lawyer or agent helping you, take a Thai friend with you who speaks your language to help avoid misunderstandings. Misunderstanding seems to be a word used as a frequent excuse. Believe me, ‘misunderstanding’ means YOU pay more.”

Whilst none of this broad visa-monster has been set up by Immigration officials, the whole process has unwittingly encouraged it to develop.

The entire system – the complexities, inconsistencies and sheer difficulty of doing it yourself – serves to facilitate the growth of agents and the downstream commission system – photocopiers, passport photo makers, taxis, hotels, Visa Run buses, agents in Phuket and Penang, so-called VISA lawyers and assorted hanger-onners.

“The entire performance just served to remind me that I am simply a guest of the Kingdom of Thailand and that it’s increasingly expensive and complicated to enjoy the pleasure of staying here.”

Phuket Town – the UNESCO City of Gastronomy reveals some secrets