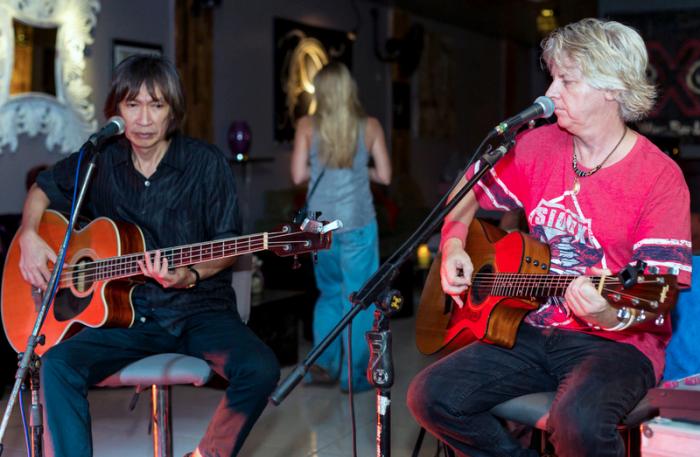 Over the past eight years, Mr Piboon played all over Phuket at some of the island’s top live music venues. A Thai native, Piboon was the bassist for the Colin Hill & Pjae Stanley Band.

“He will be remembered as a superb musician, friend and brother, who performed with some of Phuket’s most professional and in-demand musical acts over the past eight years.

He was not only revered and appreciated by his peers for his musicianship but also his calm and gentle nature, dedication, loyalty, genuinely infectious smile, and for being one the ‘good guys’ that you meet rarely in the journey of life.

He recorded on many musical projects and luckily this legacy will live on through the ages to remind us all of his contribution to life,” said Mr Hill.

Friends and family are arranging a tribute ‘super jam’ night at The Roadhouse in Karon on June 21, to which musicians who knew Mr Piboon are invited to go along and play for a final musical send off.
Updates and more information are available on Mr Hill’s Facebook page.

Keep It Green: Getting our environmental act together

Phuket divers do it in the monsoon season too