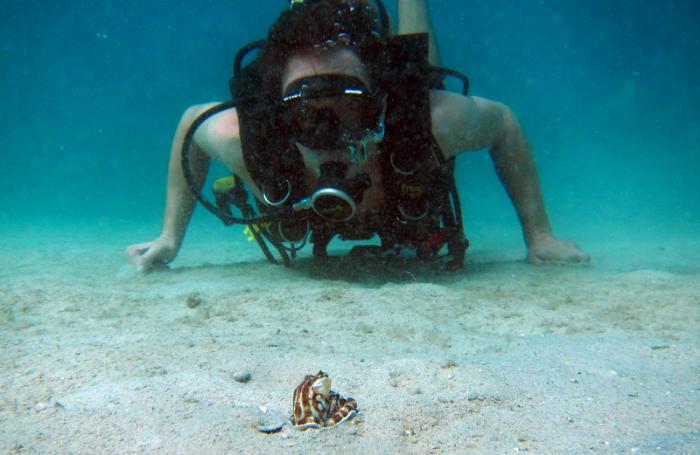 PHUKET: Though nearly a month late, the southwest monsoon season finally arrived in Phuket. With the annual torrential rains comes the standard question, “Is there still diving around Phuket?”

The simple answer is, yes.

Unlike the diving in Khao Lak, which pretty much has its shutters pulled down when the Similan Islands are closed, Phuket continues to offer excellent diving options.

Once we suffer through the first few weeks of non-stop rain, there will be plenty of beautiful days and clear water during the ‘Green Season.’

Low season divers have two main options: prepare to dive some lesser-known locations – there are at least two sides to every island – or make sure your hotel has a house reef.

Unfortunately, Kata Reef is usually a disaster to dive during low season, so if you vote for the house reef, it might be necessary to book a place on Phi Phi Don.

House reefs are rarely the jewel of a diving location, but sometimes you just want to get wet. After months of only seeing the goldfish in your fish tank, something as common as a lion fish, parrot fish or even a skunk clownfish is a vast improvement.

More often than not, it’s possible to see more wildlife in 45 minutes on a barren reef than all day trudging through the jungle.

For those not willing to trade Phuket for Phi Phi – the number of reasons are seemingly countless – don’t fret too much. Just pop a couple of Dramamine in case the ocean gets rough in the less-than-predictable weather, and be prepared to dive the eastern and leeward sides of some islands.

If a storm flies in, it’s very likely you’ll have to switch from the King Cruiser Wreck or the unprotected pinnacles of Shark Point to the wall of Koh Dok Mai.

The bottom line is to score bottom time. Whether it’s raining or shining, don’t forget: you’re a diver, you like to get wet.