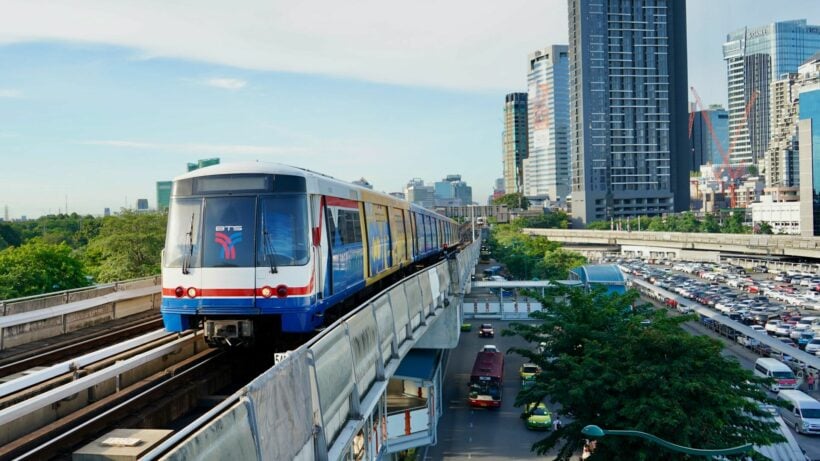 Bangkok Transit System better known by locals and tourists as the ‘Skytrain’, is as ubiquitous in Bangkok as good street food and fake Viagra. It’s one of the easiest and fastest ways to get around Bangkok. Bangkok Mass Transit System (BTSC), a subsidiary of BTS Group Holdings, operated the system under a concession granted by the Bangkok Metropolitan Administration (BMA).

The system consists of 52 stations along two lines: the Sukhumvit Line, running northwards and eastwards, terminating at Mo Chit and Kheha, respectively; and the Silom Line, which serves Silom and Sathon Roads, the central business district of Bangkok, ending at National Stadium and Bang Wa. There is also the Gold Line, which is often considered the third line. The Gold Line people mover serves Iconsiam and runs from Krung Thon Buri to Klong San. Moreover, there is a dedicated Airport Link from the city to Suvarnabhumi Airport. Besides the BTS, Bangkok’s rapid transit system includes the underground and elevated Mass Rapid Transit (MRT) railway lines. The growth in daily BTS traffic has been huge in the past ten years.

Before we get started, whilst it’s 35 degrees outside the BTS, it can often be at least 10 degrees cooler inside. Pleasant on some trips, can get icy cold on others.

This shows the growing popularity of the BTS Skytrain with the year, total riders and average daily riders. 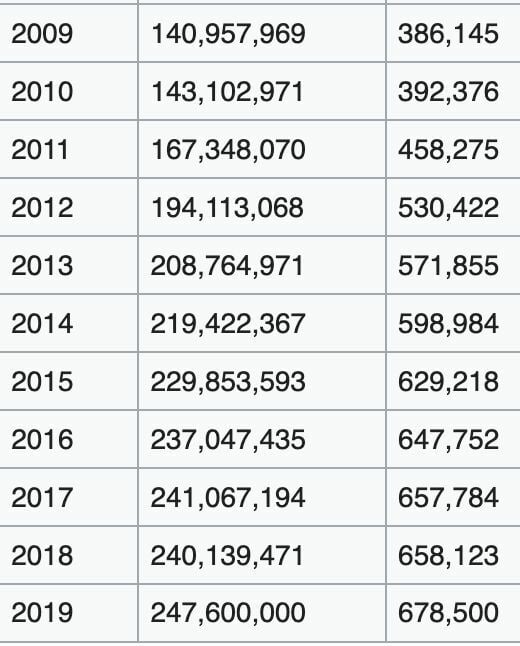 The Skytrain system was opened on 5 December 1999 by Princess Maha Chakri Sirindhorn. Bangkokians avoided it like the plague for the first few years but slowly fell in love with the elevated trains. Now the BTS is a vital part of the Bangkok public transport system with growing numbers of passengers every year.

The BTS has a fleet of 52 four-car trains. Here are ten things to know before you travel on the Skytrain.

At least for tourists who don’t have many days in Bangkok, one day pass is good for travellers who plan to go to at least 2 locations in 1 day. But if your destinations are less than 5 stations apart, then go with Single Journey Ticket. The one day ticket will save you A LOT of time especially in rush-hours when queues for tickets can add to your frustration.

To get single-journey tickets you have automatic dispensers where you’ll need to know your way around and have plenty of change with you. Every Skytrain station has helpful staff that are used to tourists and bewildered expats not knowing the system. You can also buy your day passes from these staff for just 140 baht.

2. Know where to buy your ticket 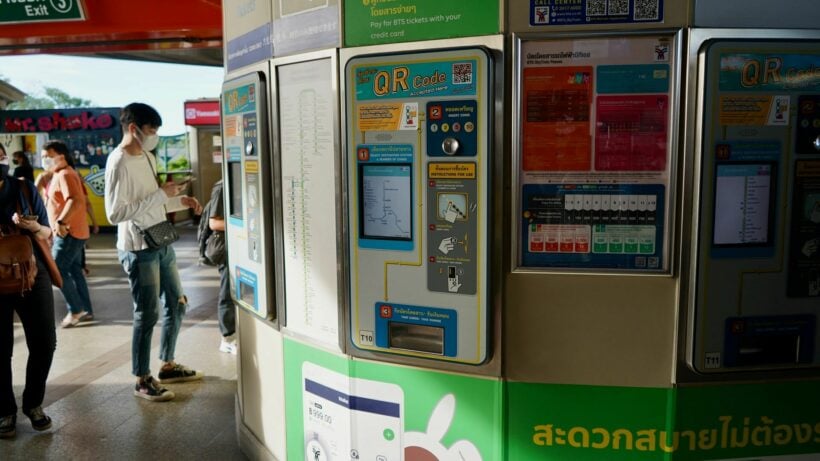 You can get a BTS ticket in various ways. However, the most common way is Ticket Issuing Machines available around the stations. Since some of the machines only accept coins, it’s a good idea to bring some 1, 2, 5, or 10 Baht coins with you. If you don’t have enough coins, go to the BTS Station Ticket Office to change your notes or even buy your ticket there directly. But if you’re lucky, you might find machines accepting 20, 50, and 100 Baht banknotes.

3. Watch out for slamming gates

The automatic ticket gates open and close fast! So once you’ve popped in your ticket or touched your token onto the gate, those flipper doors will swing open. They slam closed again just seconds later. If you’re not ready to burst through the gate at this time you’ll miss your chance and have the gates grab onto your backpack as you try and get through.

4. Let passengers out before you get in 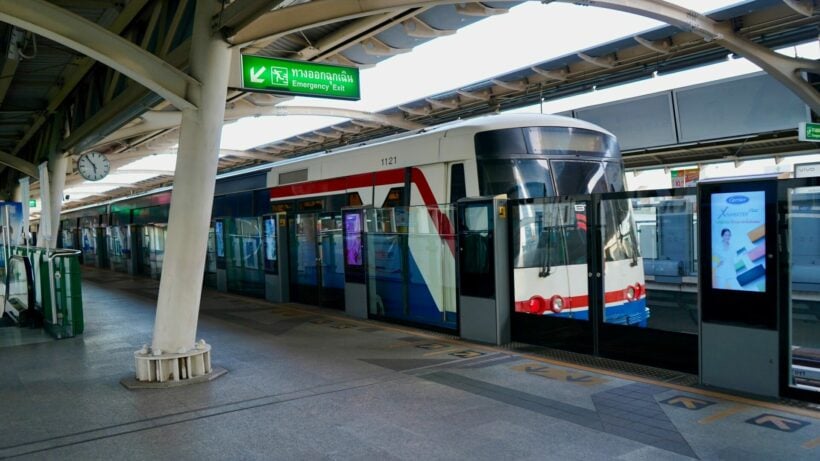 One of the most frustrating things when taking the BTS or MRT is when passengers start rushing in whilst you’re still trying to get off the train. Please let people get out first. BTS and MRT will give you plenty of time and sound an alarm before the doors close. 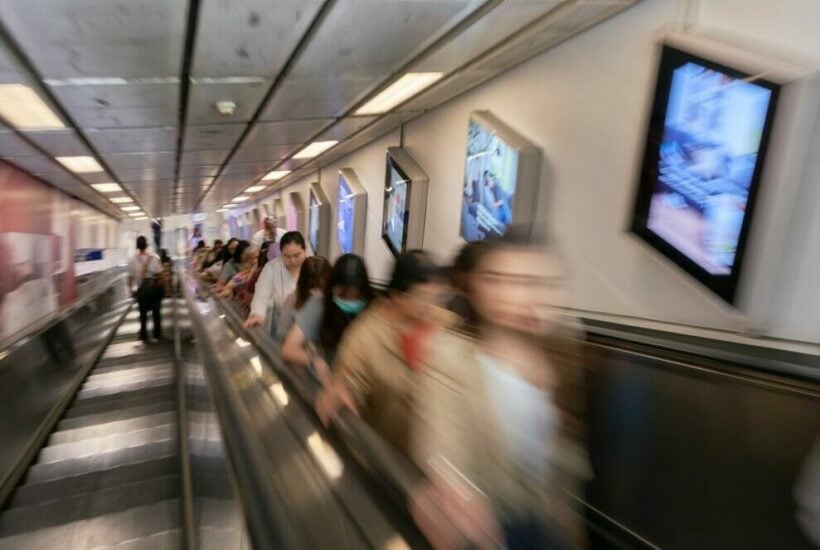 If you’re a tourist trying to explore Bangkok, the Skytrain is a great way to get around since it’s connected to numerous shopping malls and tourist attractions in Bangkok. Here’s a quick list for you:

Thais love their durians but not on the BTS or MRT. You shouldn’t bring anything stinky into the carriage, including yourself. There are security staff doing bag checks at many stations – they’ll detect your durian a lot quicker than they’ll get close enough to find any weapons. 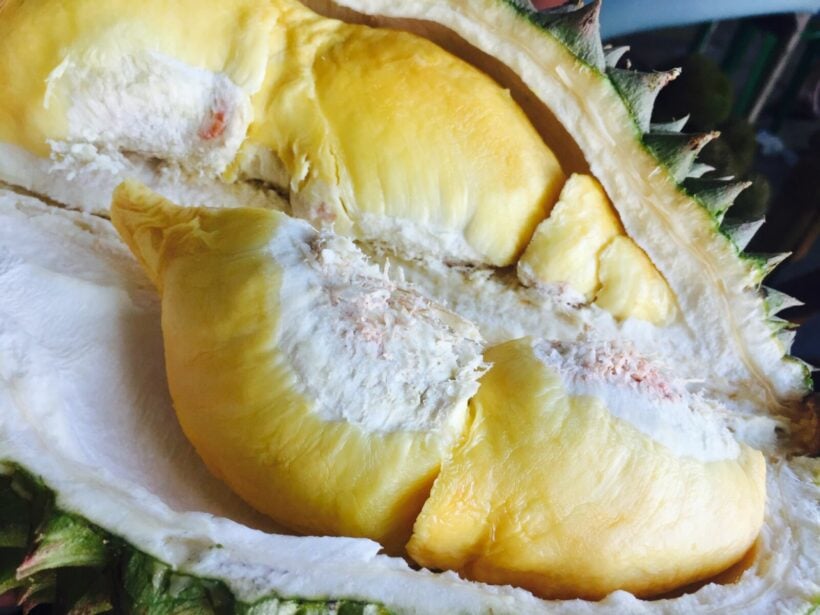 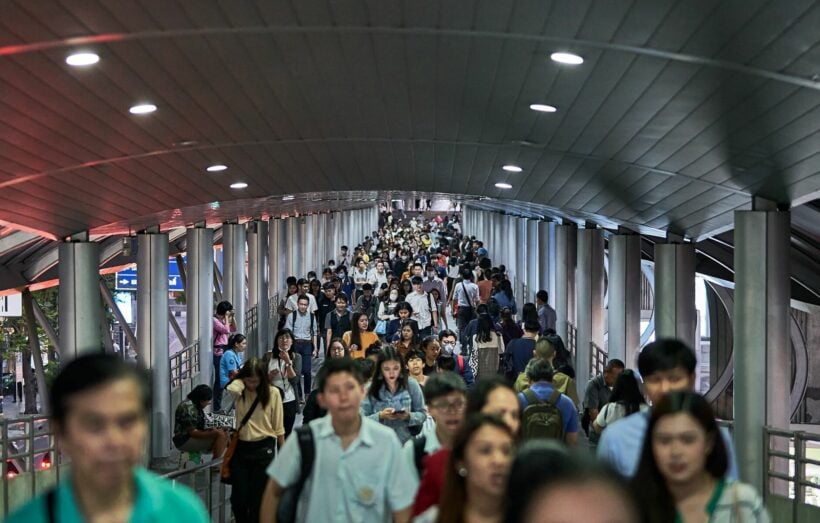 If you don’t like crowds then avoid the BTS at 7-9am and 5-7pm. It’s hell. Consider 10 millions people trying to get from one part of Bangkok to another. You may have to wait until a few trains come and go before you get a chance to get into the carriage. If you’re standing on a platform with thousands of other Bangkokians on a hot April day waiting in peak hour you won’t forget it fast.

The BTS Skytrain operates from 06:00 am to midnight. Keep in mind that the station gates will be closed approximately 10 minutes before the last train arrives at the station.

10. No bathrooms in the stations or actual carriages

There are no restrooms/bathrooms/toilets in BTS or MRT stations or trains. Luckily, there are so many malls by some stations that you can just use their public restrooms along the way. Although the MRT and BTS are the fastest ways to get around Bangkok, if your destinations are far apart, you may need to forward-plan your restroom visits.

10a. Not to be confused with the South Korean band

Type in BTS into your Google machine and you’ll get millions of entries about RM, Jin, Suga, J-Hope, Jimin, V, and Jungkook – the seven members of BTS (which comes from their name in Korean which translates as Bullet-proof Boyscouts – Bangtan Sonyeondan), the world’s biggest pop band of the moment.

If you want to find out about the Bangkok Skytrain, type in ‘BTS Bangkok’ or ‘BTS Skytrain’. 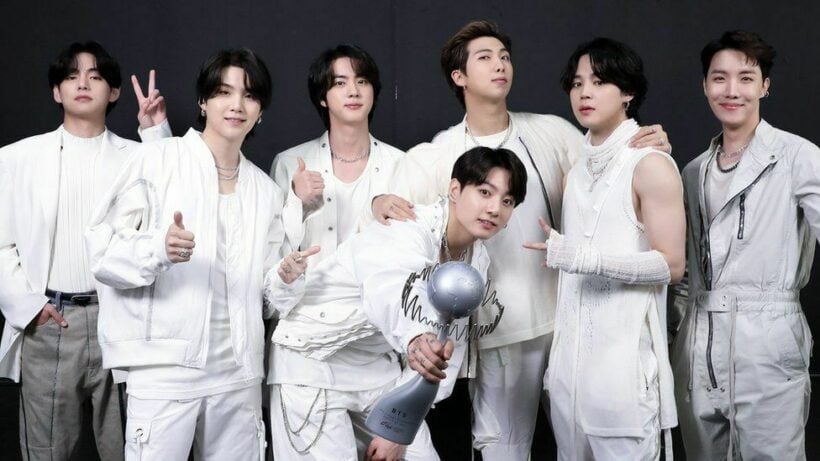 PHOTO: This is the award-winning K-pop boyband BTS, not the BTS Skytrain.

The most popular stations for the BTS Skytrain? 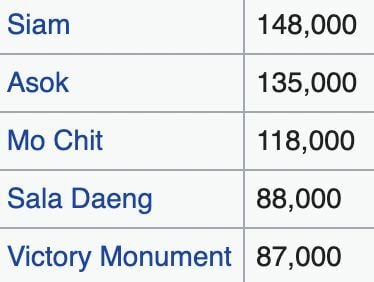