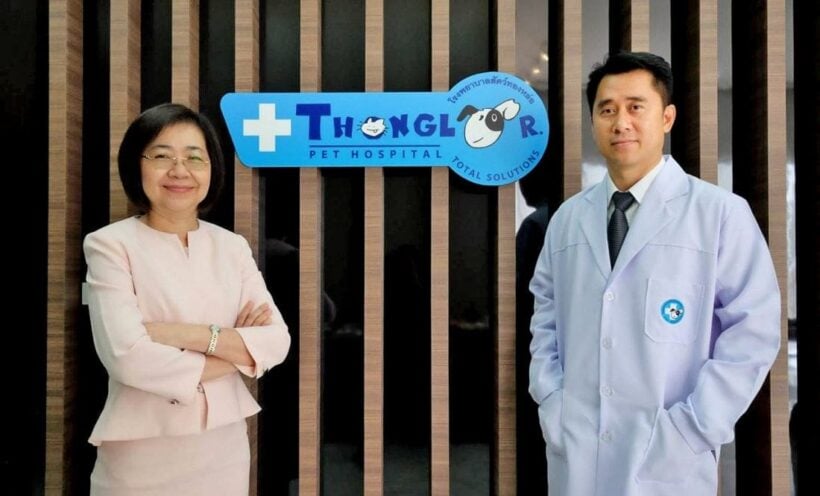 The company said it had formed a joint venture for the investment deal with Chalong Phuket Pet Hospital, which has operated in Chalong Beach on the resort island for more than 16 years.

“With the joint venture, we (Thonglor Pet Hospital) will jointly provide support on internal management as well as the use of an IT system in enhancing the database and medical records of all pets being treated at the hospital,” she said.

“About 10 million baht of an investment budget will be allocated to the facelift and improvement of the existing pet hospital in Phuket.”

Kitika said the company will use its first joint venture in Phuket as a pilot model for other possible joint ventures to enhance pet hospitals in remote provinces in the future.

“We are under discussions to explore taking our pet hospitals outside Thailand to potential markets overseas,” said Kitika.

Founded in 1994, Thonglor Pet Hospital opened its first facility in Sukhumvit Road 55 (Soi Thonglor). It is the first pet hospital in Thailand that provides medical care services and treatment for pets 24 hours a day.

Dr Anucha Chaisomboonsuk, manager of Chalong Phuket Pet Hospital, said that the hospital has been providing medical treatments for pets in Phuket for more than 16 years.

“It is time for our pet hospital to have greater demand for new management know-how and technology to be enhanced in doing business,” Anucha said.

“The partnership with Thonglor Pet Hospital, which is one of the leading pet hospitals in Southeast Asia, will ensure that we provide better quality services to our pet-loving customers.”