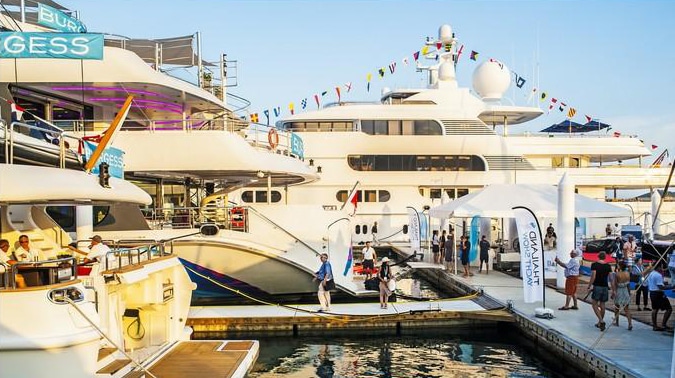 For a country that has such stunning cruising grounds as Thailand, it’s no surprise there are boat shows to support and promote the marine industry, however, three boat shows within 13 weeks is a bit of a stretch.

Ocean Marina Pattaya Boat Show kicked off the season and was held November 23 – 26 at Ocean Maria Yacht Club, in Pattaya. Being the largest marina in South East Asia, in-water space isn’t an issue and the marina can accommodate everything from small boats to the largest superyachts the region attracts. Onshore there is oodles of space for booths and freestyle displays – the latter of which this show does very well indeed. These were complimented by lots of pop-up food and drink outlets.

The show has positioned itself as an all-out boat show with plenty of activities for families. It’s a great day out, and with its proximity to Bangkok it again attracted many Bangkokians who escape the city for a weekend by the sea. Official visitor count this year was 4,554 and exhibitors reported good sales at the show.

Next up is the Phuket Rendezvous held January 4 – 7 , 2018 at the Royal Phuket Marina. While this is the event’s inaugural year, it is an evolution of the 13-year old PIMEX (Phuket International Boat Show) – the former PIMEX owner sold to the Phuket Rendezvous team who have experience with the Singapore Rendezvous, and organisers are promising a ramp up to the onshore lifestyle activities at the show. 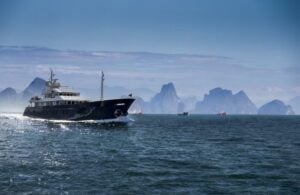 While the Phuket Rendezvous is limited to boats upto 35m in the marina, organisers plan a Superyacht display offshore, just outside the marina channel next to Koh Rang Noi, and plan to have a regular water shuttle taking interested customers out to see the superyachts.

Having been rescheduled from December 2017, the Thailand Yacht Show will now take place February 22 – 25 , 2018 and will again be held at Ao Po Grand Marina. With immediate access to the stunning Phang Nga Bay, this event really showcases the spectacular cruising grounds of Phuket and surrounds, and interested boat buyers can hop on and go for a test drive.

Organised by the team that is behind the Singapore Yacht Show, and with strong support from the Royal Thai Government, expect a large superyacht line-up and much more.

If you’re a boat lover, and interested in the boating and associated lifestyle, Thailand is the place to be now through February 2018. 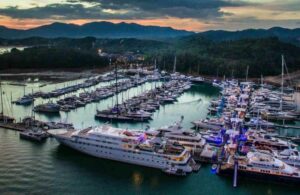