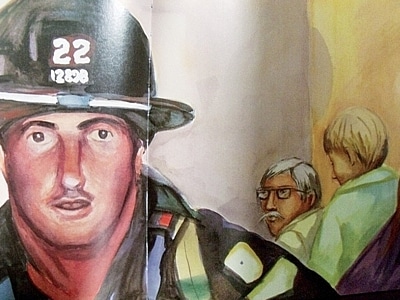 PHUKET: A decade on from that fateful day, what are Phuket schoolchildren learning about 9/11?

Teaching children too young to remember the events of 9/11 is difficult to imagine for adults who can recall the carnage of that day as if it were yesterday.

For us adults, 9/11 will be an event that defines our time, but for children it is just another subject to learn about in school, another book to read, and another lesson about an event they were not a part of.

From the United States to Phuket, school teachers are divided over the best ways to educate the young about 9/11.

One reason is the complexity of the answer to the first question children ask: “Why did it happen?”

Religious fundamentalism, hate, response to US foreign policy, conspiracy theories – ask 10 people; get 10 different reasons. All adults have an opinion. We all watched the towers fall, we recall the events unfolding live on TV and we know about the wars that followed.

But how do you teach children of all ethnic and religious backgrounds about 9/11 at an international school in Phuket? No easy task.

“9/11 is one of the most difficult subjects I can think of for children to comprehend,” said Doug Haberman, 52, journalism and world history teacher at Quality School International Phuket.

It’s not a subject currently taught on the school’s curriculum, and Doug said he feels it is a subject more suited to college students.

“It is a subject fraught with peril, and teaching it in a meaningful way would require a sophisticated approach.

“Ideology, religious fundamentalism, ongoing conflicts as a result of 9/11 are all complex issues…. For young students to assimilate an understanding of the whole picture is very difficult,” he said.

In the US today there is a wide choice of educational materials and curricula centered around 9/11.

Some have been highly controversial. A newly released children’s coloring book, We Shall Never Forget 9/11: The Kids’ Book of Freedom from publisher Really Big Coloring Books Inc, caused outrage among Muslims for its treatment of the Islamic faith. The book was aimed at 9 to 11 year olds.

Outrage and controversy are words never far from 9/11 education.

But a quick web search will produce more than 356,000 matches for the field of study. Many of them have been hugely successful.

The National 9/11 Pentagon Memorial, which has a range of educational materials on its website and offers seminars to teachers, has been well received.

Back in 2009, the first high school curriculum dedicated entirely to the 9/11 attacks was implemented in schools in New York, New Jersey, California, Alabama, Illinois, Indiana and Kansas.

Written by the September 11th Education Trust, the curriculum brought together the efforts of politicians and victims’ families, survivors, rescuers and educators from across the US.

American Patrick Buckley, 39, the director at QSI Phuket, said students’ parents should also play a role with regard to learning about 9/11.

“The events on 9/11 are something that a parent must choose regarding an appropriate age for their child to learn. Additionally, how in-depth the lesson should be would be dependent on the developmental maturity of each child,” he said.

And while he feels teaching 9/11 requires focus on respect, tolerance and peaceful resolutions to conflict, Patrick said it is not possible to teach without discussing the extremism behind the attacks.

At the British International School Phuket, humanities teacher David Gow said his students (age 11 to 17 years old) do learn about 9/11.

The 29-year-old Canadian teacher said his students don’t remember 9/11 – his oldest student was only seven at the time.

“To the majority of the students it’s an historical event, one that they have no memory of and no frame of reference for the gravity of what happened,” he said.

“We deal mostly with the events that transpired as a result of the attacks: the US occupation of Iraq and Afghanistan.

“Using news clips and discussion-based classes is the most productive method for teaching the subject.” he added.

In his class, the students are encouraged to study the impact of 9/11 on a world scale and comment on its causality.

“Religion has never been an issue. There’s no good, no bad in our discussion – that is not a subject we broach. We look to the context of these events in history and the effect they have on it.”

Over at Headstart International School Phuket, 9/11 is not currently taught on the curriculum.

But Briton Mark Goodman, 39, lead teacher for secondary, said his 12 to 18 year-old students learn about Hurricane Katrina, World War 2, Pol Pot’s Khmer Rouge and Apartheid, but not the 9/11 attacks.

He said if it were added to the curriculum, he would teach it as a “factual representation”.

“With this type of event, I feel as a teacher we should not be shying away from presenting our students with the reality of that day. I would let them see the towers collapsing and then hold a discussion-based class,” he said.

On the website of The Port Authority of New York and New Jersey, it says the Memorial Plaza will open to the public on Sunday, on schedule.

– One World Trade Center, the name given to the tallest of seven new towers being built, has reached 80 floors, rising one floor per week. It is now the tallest building in Lower Manhattan, surpassing 40 Wall Street built in 1930. Upon completion it will be the tallest building in the US, and among the tallest in the world. The estimated cost is US$3 billion with a completion date of 2013. Other construction additions to the site include the two mammoth Reflecting Pools where the twin towers once stood, a visitor center, transportation hub and a memorial wall.

– Despite winds of more than 60mph during hurricane Irene last week, the World Trade Center site was unscathed, with not a single newly planted tree downed.

If you would like to learn more about progress at the World Trade Center site, then visit panynj.gov/wtcprogress. For teachers, see: The National 9/11 Pentagon Memorial at pentagonmemorial.org/learn/education-materials, or Education Trust at sept11educationtrust.org, or for answering students questions about war: educationworld.com