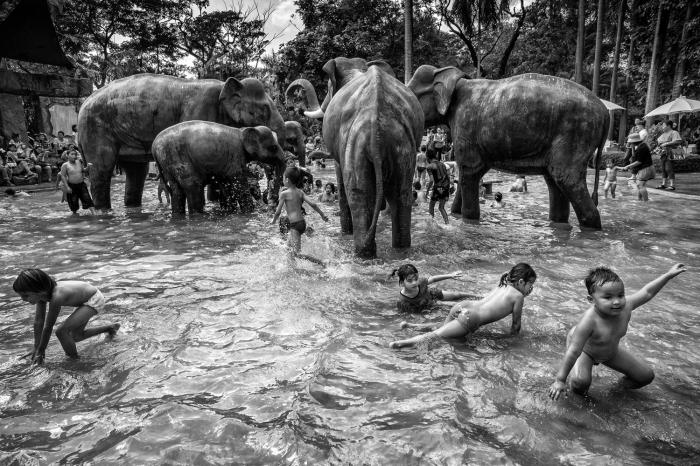 PHUKET: Thai photographer Suthas Rungsirisilp was today announced as the winner of the Thailand National Award, part of the 2014 Sony World Photography Awards, one of the world’s leading photography competitions.

Open to photographers of all abilities, the National Award seeks to uncover and honor the single best image taken by a Thai photographer entered into any of the ten Open categories of the 2014 Sony World Photography Awards.

Mr Suthas, who is based in Bangkok and has worked as a freelance photographer for over 20 years, was chosen as the winner by a local panel of judges for a stunning image titled Children Day. The photograph was taken with a Sony NEX 7 camera.

Talking about the winning image, Rungsirisilp comments, “The photograph was taken on 12 January 2013, at Dusit Zoo, Bangkok. On The National Children’s Day of Thailand, the zoo allows children to play in the fountain, which they enjoy very much. I visited there and captured the joyful life in front of me.”

He continues, “I’d like to thank Sony for the great occasion and honor of this award and surely it’s the proudest moment in my life.”

As the Thailand National Award winner, Mr Suthas receives the latest Sony digital camera equipment and will be flown to London to attend the 2014 Sony World Photography Awards gala ceremony on 30 April. The winning photograph will also be exhibited at Somerset House, London from 1-18 May as part of the Sony World Photography Awards Exhibition and published on worldphoto.org