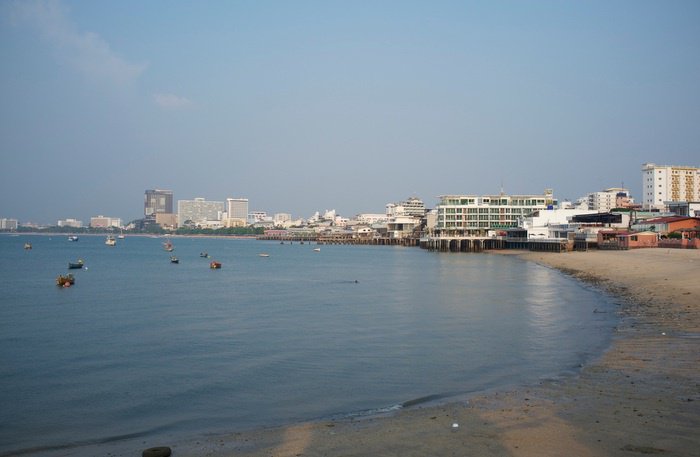 PHUKET: Technically there is no specific way to jump-start a snoozing behemoth. Sure, a stun gun might do the trick or a slap on the face, but look at poor little Jack who had to scamper down that beanstalk.

In Thailand’s current property market there continues to be a strategic emphasis on fishing where the fish are. Look no further than the recent Sansiri joint venture with BTS for twenty-five condominium projects in Greater Bangkok valued at over 100 billion baht.

Turn back the island pages a few years and small condo units dominated the real estate scene here as well.

One market that suffered perhaps the most when the Russian ruble crashed was Pattaya. Both the tourism and property sectors had seen heavy investment by Eastern Europeans and the fallout from massive drops in the currency and arrivals has created a huge void in business activity.

Recently making news has been the redevelopment and expansion of U-Tapao airport, which is shifting focus from the public to the private sector and is essentially becoming a third Bangkok hub. AirAsia’s launch of direct flights from Kuala Lumpur and then Thai AirAsia’s plans of positioning aircraft there and adding in regional flights is a massive plus for Pattaya.

Mainland China and short-haul routes are the growth engines of tourism these days. While Phuket continues to voice its angst about not wanting more Chinese travellers, rest assured the eastern seaboard will gladly accept them.

I recently did work in Hua Hin, and viewing the legacy location versus broader Pattaya, I can’t help but realize that the transport infrastructure to the former remains a strong fundamental. Yes, it can be argued that the long running plan for the North/South railway will improve access, but the reality is that this is at least five years away.

Although Hua Hin’s tourism is highly leveraged in the domestic market, with over 70 per cent of hotel stays coming from the Thai market, Pattaya remains more diverse. That said, a key catalyst of growth for the latter was the development of Central Festival which unlocked the local property trade.

The timing of the collapse of the Russian market could not have been worse as it coincided with the completion, or at least latter development phases, of a number of sizable condominium projects. Suddenly, there has been a shift away from off-plan sales to offerings in the secondary sector with buyers even willing to write down prices in order to spur transactions.

It’s a strange dynamic, unlike any other real estate market, and one has to wonder where it will end. From my viewpoint the location and impressive additions to airlift and transport are lurking as strong positives. Yet while Pattaya hotels are increasingly moving toward the mainland China grail, the question is: will the property market heavens suddenly open with Chinese buyers?

Phuket’s tourism industry needs to understand that despite the angst over low-rated business, the reality at the end of the day is putting heads on beds. Airlift is a prime instigator of long-term success and U-Tapao’s growth plans are something that needs to be understood in the context of the competitive playing field.

The stock of vacant residential units in Pattaya is pretty high and in the age of Airbnb, non-traditional accommodation continues to haunt Thailand’s hotels. It’s a certain evolution that there is now a giant looming over the hospitality sector as condo-hotels and unlicensed operations continued to erode what used to be a warm marketplace. As for that giant, I still have no idea how long he is set to live in dreamland.

Bill Barnett is Managing Director of C9 Hotelworks (c9hotelworks.com), the Phuket-based hotel and property consulting firm. His blog (thephuketinsider.com) is the source for all hotel and real estate news within greater Phuket.

Across the Land: Container homes anyone?