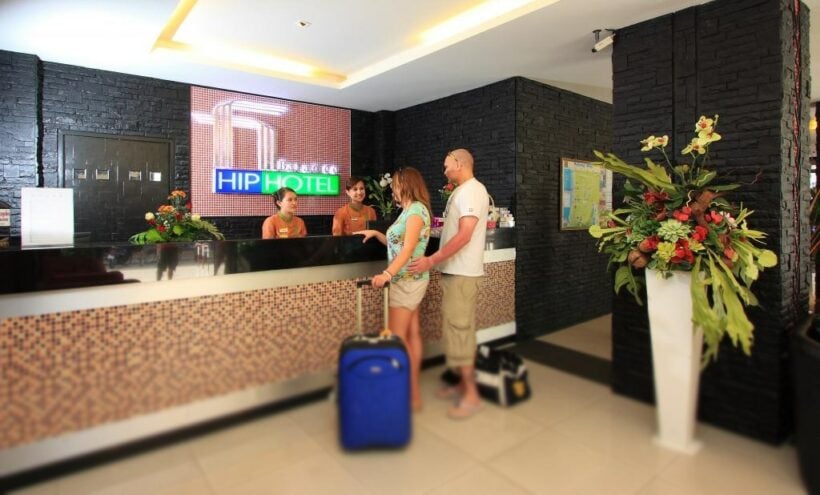 Speaking to a number of west-coast hoteliers on the island The Thaiger heard a few ‘truths’ about Phuket’s surging tourism industry, from the front line and not from the Associations which are forever pitching extravagant occupancy rates, spinning the numbers.

The TAT (Tourism Authority of Thailand) can sometimes be accused of painting a ‘too rosy’ picture of what’s happening in the tourism industry as well. Then again, that’s their job, to attract more tourists to the Kingdom. On a straight numbers basis, the TAT have been doing a great job.

But behind the wai from reception staff and the overly-sweet ‘arrival drink’, there are a few facts that have emerged over the past few months – mostly pertaining to Phuket’s west coast.

For decades there was a distinct high and low season pattern with (you won’t be surprised) the high season being very busy and low season deathly quiet. That’s changed radically in the past ten years but a new truism has emerged – based on anecdotal evidence but now backed up now with statistics – May is the worst month of the year for the hospitality industry in Phuket.

We asked some of the island’s leading hoteliers, none of which wanted to be identified, to comment about why May has emerged as the quieter month of the year.

“This year’s May was down, as usual, but not as bad as we had predicted for 2018. The high season lasted a bit longer this year than last. Whilst the Russians are back in high numbers, perhaps not as high as we’d projected. The Chinese market is always reliably busy just about all months of the year.”

Another noted that the May drop is becoming an important time for hotels to squeeze in some maintenance.

“As much of the year sees generally high occupancy now, we’re grateful for a quiet month to program some maintenance. The three new years are over (January 1, Chinese New Year and Thai New Year), the Songkran crowds have dispersed and the monsoon kicks in. It’s a perfect time for some repainting and redecorating.”

Most of the hoteliers we spoke to said that June and July forward-bookings are currently below their predictions but August was already starting to fill up. What’s going on?

“It’s the World Cup. The Russians aren’t coming this June and July and plenty of others are either going to Russia or have decided to program a break watching the soccer instead of coming to Phuket.”

The middle of the year was always strong for the Australian market visiting Phuket, and has been for a number of decades.

“It’s winter in the southern Australian states and we usually get lots of Aussie booking during this time. But the baht is very high against the Australian dollar at the moment so Australians seem to be looking for better value, at least this year.”

Another spoke about the maturing of the Chinese market saying they’re seeing a different mix of Chinese tourists now.

“There’s no doubt we’re still getting plenty of the tour bus and zero-dollar crowds but there’s also a real rise in the FITs (Free Independent Travelers) coming now. They’re making their own bookings online, renting motorbikes, leaving the hotel for meals and booking their own tours. This is a positive sign for this second generation of Chinese tourist coming to the island.”

When I pushed them to comment on the numbers sprouted by the TAT they all confirmed that the numbers are true – it just gets busier every year and most of the better hotels are reporting high occupancy most of the year.

“But there’s been a lot of new hotels opening up as well and there’s more coming. So we’re all having to work smarter to get our slice of the tourist mix. And the mix keeps changing. So if you’re not reviewing your marketing strategies every month you’re not in the game.”

Looking to list a property or buy your slice of paradise? Go to property.thethaiger.com