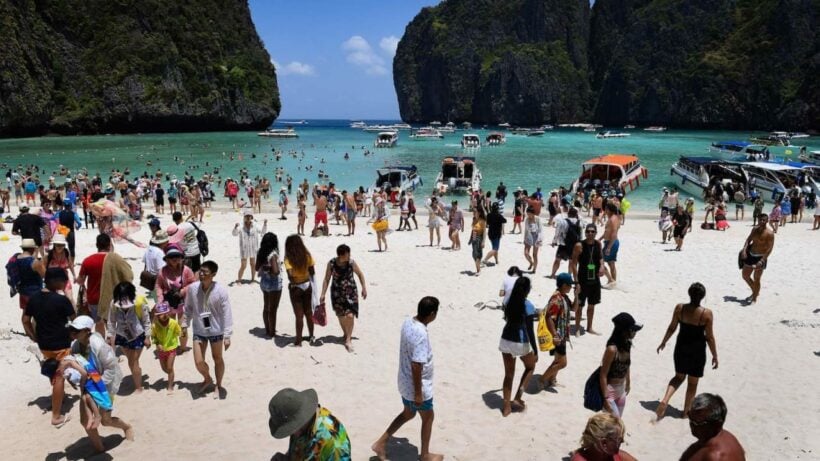 The closure of Maya Bay and Boracay island in The Philippines is part of a brave new management strategy to save these, and other, mass tourism magnets from long-term vandalism – to a point where they are beyond reclamation and salvation.

Maya Bay closed on June 1 for four months. During this time tour boats will be able to travel past the entrance to Maya Bay so tourists can still get a glimpse of the iconic ‘beach’ but they won’t be able to enter. New pontoons and walkways are being constructed so that future tourists won’t arrive in the famed bay by boat – they’ll trek over from the other side of the island on raised walkways. Buoys have been set up to prevent tour boats from entering.

Thailand does close national parks annually for a variety of reasons, from extreme weather to ecological recovery, but this is the first time Maya Bay has been shut – though environmentalists have been pushing the move for years.

Maya Bay is part of Thailand’s Krabi province and close to Phi Phi Don, a popular beach holiday destination. Data released by the DNP suggests that the Hat Noppharat Thara-Mu Ko Phi Phi National Park could see as many as 2.5 million visitors in 2018, a year-on-year rise of half a million – CNN

Boracay Island is completely inaccessible now after Philippine President Duterte called the island a ‘cesspool’ and ordered it closed for a big infrastructure ‘catch-up’.

The Philippines is looking to shorten the closure period for its most popular holiday hotspot Boracay to four months from six, but the number of visitors allowed when it reopens will be slashed, the tourism minister said on Wednesday.

These closures are a big travel story internationally, leading the way for a new wave of tourist control measures – making visits to these tourism icons sustainable so the next generation can enjoy them as well.

Read the rest of the report from a CNN perspective HERE.