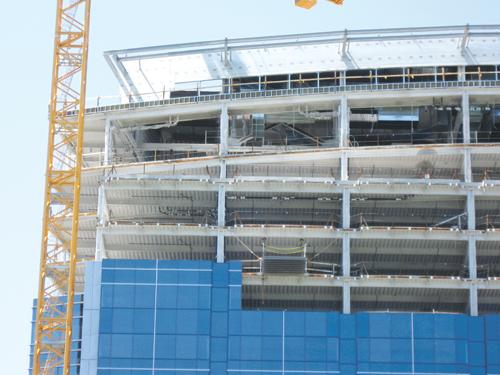 PHUKET: Seeking a perfect home may be an arduous process but the complexities of building a property in Thailand are multiplied without a solid construction contract, as many homeowners and property developers will attest. A crucial part of any good contract is cost assessment and management.

Many problems in construction projects occur because there is no written contract recorded between the parties. Sometimes, a contract has been taken from the internet, which is inappropriate to the circumstances, or a heavily modified standard form of contract is used. However, whatever style of construction contract is used, the danger for the unwary purchaser may lie in what is missing, rather than what is there.

The intricacies of the construction industry and construction law are many and it is important that purchasers seek specialist help before entering contracts. Contrary to most peoples’ preconceptions, contractors are not out to cheat their clients, and it is therefore essential that construction contracts are well balanced and not overly onerous upon the contractor, so causing disputes to occur.

Fundamentally, a contract is a legal means of making two parties understand each other, so, theoretically at least, the onus is upon the purchaser to decide upon the project’s goals and the means to achieve them. For substantial projects, it is worth considering a quantity surveyor’s full service, or, for those with limited budgets, using one to assist at the outset and serving as an advisor consequently.

Professionals, who are trained in construction law and construction accounting can help keep costs within budget without sacrificing form and function.

Two alternative price mechanisms predominate, ‘Cost-Plus’, and ‘Fixed Price’. Cost-Plus means payment of the contractor’s bills and invoices plus an agreed mark-up. Fixed Price (lump sum) contracts allow only price increases for construction plan or materials changes chosen by the purchaser, and, whilst essential for small to medium commercial developments in order to cap costs, the plans and specifications have to be as complete as possible and included in the contract. The advantage is that fixed price contracts eliminate negotiations and billing surprises.

An effective contract should include the following :

1. Clearly established terms of payment: Most contracts indicate installments to be paid on certain dates or linked to milestones;

2. A clearly stated date for completion: If the purchaser makes changes it is reasonable that the parties be clear about the revised cost and a reasonable time extension be given based upon foreseeable delays arising. Equally, the purchaser must avoid the contractor seeking to avoid responsibility for delays beyond his control when in fact the periods of delay ought to be anticipated by an experienced contractor;

3. Liquidated Damages: This means that the contractor agrees to forfeit a fixed financial charge for every day that the ‘date for completion’, or any agreed extended date, is delayed. This may be particularly appropriate where the purchaser has a compelling
reason to rely upon the date, always provided that the charge is a genuine pre-estimate of loss and not a disproportionately high penalty;

5. Post-construction Liability: Not only should the contractor be liable to repair structural and non-structural defects, but he should also remain liable for latent defects. A method routinely employed to ensure that contractors live up to this obligation is a clause written into the contract allowing the purchaser to retain a small fixed percentage from each installment payment, to be released only when it is established that any defects have been identified and repaired;

6. Dispute Resolution: A well drafted dispute resolution clause ought not only to have the effect of describing what will happen in the event of an impasse, but also have a positive role to play in dispute avoidance. Clauses that promote positive discussion, that the parties are obliged to give notice and attempt to mutually resolve any dispute rather than arbitrate or issue proceedings, are always to be preferred. A clause stating that construction will continue despite the appearance of a dispute is essential;

7. Grounds for Termination: If the purchaser has to contend with repeated breaches for poor workmanship, sub-standard practices, or repeated missed deadlines, he might be entitled to terminate the contract, provided potential breaches are clearly defined in the contract.

Building one’s dream home can undoubtedly be both a rewarding and a frustrating experience for a purchaser, but so long as a sound construction contract is in place, containing well written and easily administered clauses, this can help limit any unwelcome liabilities and mitigate foreseeable problems.

This article has been written by International Law Office Patong Beach Co Ltd, a Phuket based law firm. In case of inquiry, please email sam@ilo-phuket.com.