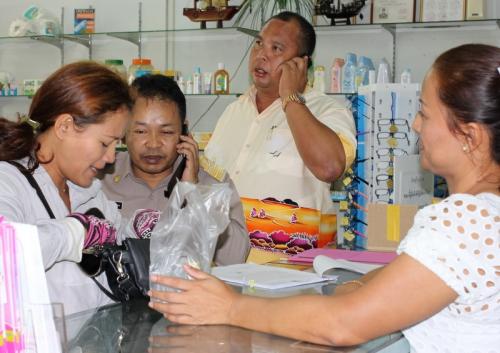 “A local resident told our staff that the pharmacy was selling drugs that are on the Ministry of Public Health’s ‘Dangerous Drugs’ list when a pharmacist was not present,” said V/Gov Somkiat.

“Only a pharmacist can sell these drugs,” Mr Prapan explained.

The registered pharmacist for the facility is only on duty from 5pm to 8pm daily, Mr Prapan said.

“The rest of the day, staff who are not certified to sell the drugs were selling them,” he added.

The pharmacy was fined.