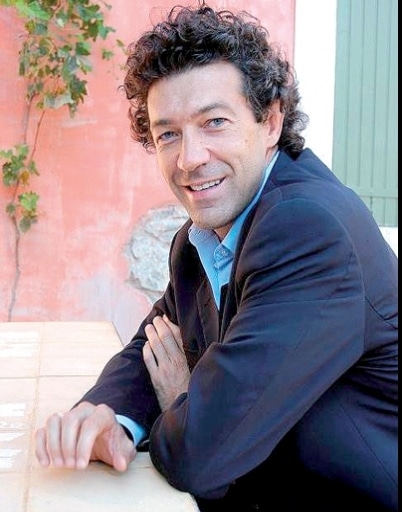 PHUKET: A Frenchman who enjoys wine and rugby is nothing unusual, but a former international player launching his own award winning wines on Phuket is certainly worth our attention.

Gérard Bertrand was born into wine and rugby and has excelled at both. Capped twice for France against Italy and Russia as a strapping loose forward, he also led the Paris-based Stade Français team in the 1993-1994 season and played for Narbonne, the French commune in which he was raised as a child for several years.

Gérard’s family were vintners in the Corbières region of Southern France, which also happens to be the heart of the country’s rugby and he explains how his love of rugby has determined his ideas on wine.

“Rugby has influenced my wine philosophy through the senses of celebration and sharing, as well as the team spirit,” Gérard said.

“There is a real synergy between rugby and wine, especially in the South of France because the values are very close, especially the conviviality, art of life and social ties,” he added.

His rugby heroes? Jean Pierre Rives, a fellow loose forward and the legendary Serge Blanco, arguably the best fullback to play the game who played 93 times for France.

But how does a rugby player make the transition from the bottom of a scrum and crunching tackles, to the delicate art of winemaking?

“For me wine was not a change of profession as I was raised in this world next to my father, with whom I made my first harvest at the age of 10. Besides, my father told me that year, ‘You are lucky. At 60 years old you will have 50 years of experience’,” he recalls.

Gérard has grown his wine business into six wine estates totalling 880 acres of vines on about 2,000 acres of land that range from the Mediterranean Sea to hills high up in the Pyrenees Mountains bordering France and Spain.

Fresh from winning the 2011 European Winery of the Year awarded by the prestigious Wine Enthusiast Magazine, Gérard is bringing his experience to Phuket with a range of white and red wines. Thailand, along with other Asian countries such as Japan and China, is part of a Gérard Bertrand Wines roll out across the region.

Gérard is also famous for his annual jazz festivals at his Château l’Hospitalet winery, a hospitality and tourism complex that combines a hotel, restaurant, lounge, wine tasting cellar, art house and business convention center, into one.

In keeping with the jazz theme, Gérard Bertrand Wines recently celebrated their arrival on Phuket at Bliss Beach Club with a live jazz performance by The Jazz Friends from Bangkok’s Oriental Hotel. Mediterranean cuisine, and, of course, a selection of wines from Gérard’s collection has helped ensure Phuket’s own relationship with wine and rugby will long continue.

Patong readies for the Phuket Punchline