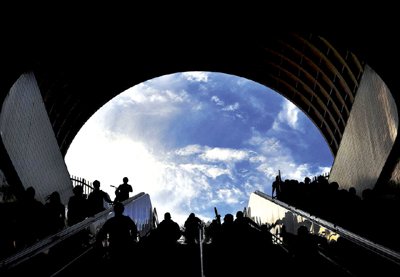 PHUKET: THE Asia-Pacific Economic Cooperation (APEC) Secretariat has extended an invitation to the region’s photographers to submit pictures that best capture the organization’s priorities.

The photos should be inspired by four themes:

These themes reflect the policy priorities that APEC has set for 2012.

“The photographic interpretation of APEC’s work at the grassroots helps inform our decisions as we move towards a more integrated region,” said Ambassador Muhamad Noor, Executive Director of the APEC Secretariat.

“Based on the outstanding photos we reviewed last year, I am confident that in 2012 we will see even more compelling visual representations of APEC’s priority work areas.”

The contest is open to all amateur and professional photographers in APEC’s 21 economies. Contestants can submit up to four entries during the submission period, which ends on August 1, 2012. Submitted photos must be the photographer’s original work.

Those who wish to enter the contest must submit the application and their photos to contest@apec.org.

More than US$ 5,000 will be awarded to the winners. Winning shots will be selected based on the quality of the photograph, composition, overall impact and artistic merit – as well as how well they exemplify APEC’s 2012 priorities.

APEC Facebook fans will also have a chance to vote for their favorite photo under the Popular Choice category.

The public voting period begins on August 8, when the top ten photos will be displayed at facebook.com/APECnews. Public voting ends on August 22. The photo with the most votes on the APEC Facebook page will win US$1,000.

The winners will be announced at the start of APEC Economic Leaders’ Week on September 2, in Vladivostok, Russia.