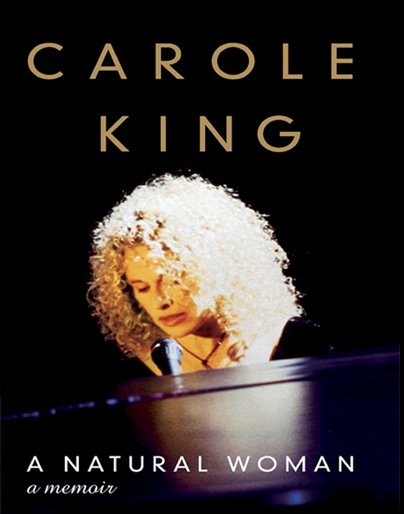 PHUKET: Carole King is a 70-year-old grandmother with four adult children from two of her four husbands.

At age 48, she took up with a 27-year-old actor and kept him for six years before swapping him for another younger man for another seven.

She did this because she could. She is Carole King.

For the 25 million people who bought her classic 1971 album Tapestry she will always be the 29-year-old hippie chick on the record cover, posed with her cat on the sunlit windowsill of her home in Laurel Canyon, the LA haven for musicians in the 1960s.

But her roots as a pop music composer went back to Brooklyn in the 1950s. She was one of those impossibly bright Jewish kids hooked on radio disc jockey Alan Freed and his Saturday rock shows at the old Paramount Theater.

She knew Paul Simon and Neil Sedaka when they were kids. She was still in high school when she began pounding out hit songs on a Tin Pan Alley piano with husband-to-be Gerry Goffin.

When her husband cracked up, she uprooted herself to Los Angeles as a single mom where, under the tutelage of James Taylor, she began singing in front of an audience. Tapestry won four Grammies, including Album of the Year.

Now we have Carole King’s memoir, A Natural Woman (Grand Central Publishing, New York, 2012, 488pp). She began writing it in 2000. The results – short chapters like songs clumsily hooked together and jumping from subject to subject – are mixed.

Her prose is distressingly formal and flaccid. She dishes no dirt. Her take on meeting with John Lennon and Paul McCarthy and Bob Dylan is that of a gushing fan.

Where she does come into her own is describing the joys of a musician’s life: the magic of a band of “cats” fusing together in the studio and on the concert stage. She describes the first time she and James Taylor jammed together on piano and guitar:

“Magical…? Transformative …? Timeless…? Adjectives fall short. It was as if I were playing an extension of myself. Every time I thought of a chord or note that I wanted James to play or sing at that moment, he was already there. Our musical vocabulary was the same, and we found that we had an impeccable vocal blend. Piano, guitar, chords, notes and vocal harmonies rolled around each other like puppies playing in a pile of newly cut grass.”

Then, in 1977, she retreated to the wilds of Idaho with Rick Evers, her abusive third husband who would eventually die of a cocaine overdose.

She spent three winters in a snowed-in-cabin. In the end, music brought her back to New York City and she went back on tour.

“I climbed up on the piano to propel the band as they increased the intensity of the Big Rock Ending, then I gave them a cutoff by jumping off the piano. That was so much fun it should have been illegal.”

But the dull patches in this saga come to overwhelm the whole.

Do we really need a whole chapter about her tiresome Indian swami? Do we need a chapter devoted to her favorite charities? Or another to her protracted lawsuit to keep the road on her Idaho ranch private?

Health food, yoga, home schooling, a goat for milk – the hippie chick ethos is complete. There’s nothing wrong with this except it makes for deadly boring reading.

In the concert scene that concludes her memoir, she reminds herself that the audience’s applause isn’t only for her.

“They’re clapping for significant events in their own lives that have little to do with me – falling in love, marching for peace, dancing at friends’ weddings, serving in Vietnam or the Peace Corps, losing a parent, conceiving a child, going through a difficult divorce – passages for which my songs happened to be the soundtrack. I’m surprised to see so many audience members in their thirties and forties, but it’s my contemporaries who are most enthusiastic in celebration of our shared history and individual survival.”

That pretty much says it all. Carole King is a voice limited to a soon-to-be-bygone generation.

The book is available in hardback from amazon.com or by ordering through all good bookshops in Phuket.

Phuket People: Raise a toast to a coffee roast

Phuket Lifestyle: Raise up your glasses (and your expectations)