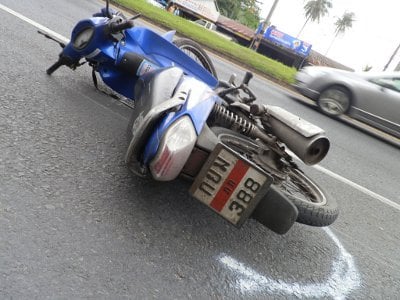 PHUKET: British Ambassador to Thailand Asif Ahamd has repeated his call for UK nationals to exercise caution when travelling to Thailand and to make sure they have adequate insurance coverage when they do visit.

“I have seen the sadness and anguish of victims and relatives after incidents which, if thought through, are entirely avoidable. Like the majority of visitors and residents in Thailand, I hope everyone stays safe and enjoys their time in the country,” Asif Ahmad said.

“Thailand rightly remains an attractive tourist destination and a significant number of people have chosen to become long-term residents. Good planning is the best way to avoid hazards, and insurance for travel and health is essential,” he added.

The ambassador’s comments follows the UK Government’s Foreign and Commonwealth Office (FCO) listing Thailand as the second most likely country where British nationals would need consular assistance, after the Philippines.

Of the 296 deaths of Britons in Thailand over the past year, about 75% were residents, many of whom had retired in Thailand.

After natural causes, the second most frequent cause of death was road traffic accidents.

In recent years in Thailand, there has been an average of 12,000 deaths per year from road traffic accidents, of which about 70% involved motorbikes. Many accidents are due to poor safety standards of vehicles and drivers. Travelling at night in private or by public transport increases the risk of death or injury on the roads, the report said.

“Medical bills can run to thousands of pounds and the ordinary British taxpayer cannot meet the uninsured costs of fellow citizens who have chosen to venture abroad,” said Amb Ahmad.

“Make sure you read the small print – riding a motorbike or other activities could invalidate the insurance policy. Reading the FCO’s Thailand Travel Advice will help visitors familiarize themselves with local laws and customs, and become aware of scams and potential risks.

“We do recommend travellers to check health requirements to ensure they’ve had all the necessary vaccinations.” he added.