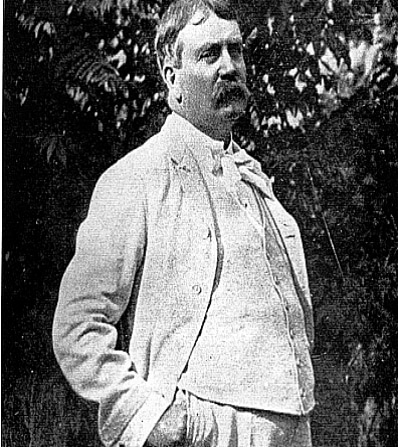 PHUKET: Thomas Pynchon’s epic 1000-page novel Against the Day opens with a boy’s adventure tale: the arrival of the Chums of Chance aboard their airship at the Chicago World’s Fair of 1893. In The Devil in the White City (Vintage Books, New York, 2004, 447pp), Erik Larson describes just such a dirigible arriving at the Fair at the climax of its July 4 celebration. The message in both books is the same: the 1893 Chicago World’s Fair is the harbinger of all the technological American marvels of the 20th century – for good or for evil.

For good, we have the superhuman exertions of architect Daniel Burnham and his team of a dozen other eminent architects in putting together the huge exhibition buildings and landscaping marvels that dwarfed the Paris World Fair of 1890. In lieu of the Eiffel Tower, there was the majestic Ferris Wheel that lofted 2,000 passengers at a time for a view of Lake Michigan and the whole of Chicago. The new American city was announcing its arrival in place of the capitals of the Old World.

The Fair was the White City, ablaze with the new electric lighting, free of urban crime and filth. “The fair taught men and women steeped only in the necessary to see that cities did not have to be dark, soiled and unsafe bastions of the strictly pragmatic,” the author writes. “They could also be beautiful.”

For the evil in the White City, we have the sordid example of the serial killer Dr H.H. Holmes who constructed a square block of hotels, shops and restaurants to cater to the influx of visitors to the fair. A handsome blue-eyed con man, he charmed dozens of women and children, only to suffocate and incinerate them, keeping some of their skeletons for sale to medical schools. Yet to appearances, he was the most pleasant of men. In the terms of the day, he was a “moral imbecile”.

Frank Geyer, the lawman who finally brought Holmes to justice, offers this chilling, thumbnail portrait: “Holmes is greatly given to lying with a sort of florid ornamentation and all his stories are decorated with flamboyant draperies . . . In talking he has the appearance of candor, becomes pathetic at times when pathos will serve him best, uttering his words with a quaver in his voice, often accompanied by moistened eyes, then turning quickly with a determined and forceful method of speech, as if indignation or resolution has sprung out of tender memories that had touched his heart.”

These two tales of Burnham and Holmes, Larson tells on parallel tracks: one of pride and progress, one of eternal evil. Together they make for a powerful story, worthy of the book’s subtitle: “Murder, Magic, and Madness at the Fair that Changed America”.

The book is nothing less than a vivid visitor’s guide to a fair that lasted six months and served notice that a new power had arrived on the world stage. In the fairways, Egyptian belly dancers mingled with Arab, Asian and African villagers.

“Indians who had once used hatchets to bare the skulls of white men drifted over from Buffalo Bill’s compound, as did Annie Oakley and assorted Cossacks, Hussars, Lancers and members of the US Sixth Cavalry . . . Chief Standing Bear rode the Ferris Wheel in full ceremonial headdress with his two hundred feathers unruffled. Other Indians rode the enameled wooden horses of the Midway carousel. There were Paderewski, Houdini, Tesla, Edison, Joplin, Darrow, a Princeton professor named Woodrow Wilson, and a sweet old lady in black summer silk, flowered with forget-me-knots named Susan B. Anthony.”

Not to mention Teddy Roosevelt, Diamond Jim Brady, Lillian Russell and a blind teenager named Helen Keller who gave the inventor of the Braille typewriter a big hug. Mark Twain came to Chicago, but fell ill and spent 11 days in a hotel room without seeing the fair. “Of all people,” comments the author.

Unnoticed among the millions of visitors and a workforce of thousands was “a carpenter and furniture-maker named Elias Disney, who in coming years would tell many stories about the construction of this magical realm beside the lake. His son Walt would take note.”

Phuket Gardening: Dangers in the Garden of Eden