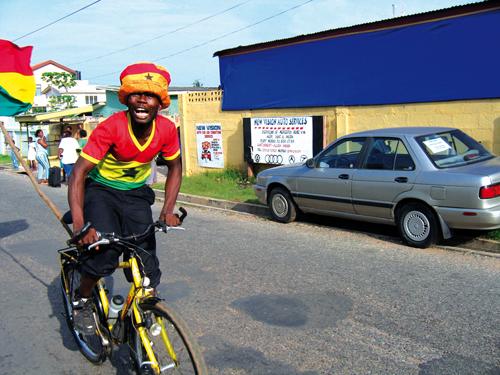 PHUKET: Well-bred, highly educated and cosmopolitan, a new generation of African women writers – chief among them, the Nigerian novelist Chimamanda Ngozi Adichie – has recently claimed their right of place in the publishing world.

The newest entrant to this elite club is Taiye Selasi. Half Ghanaian, half-Nigerian, born in London, raised in Boston, a graduate of Yale and Oxford, living in Rome now. Taiye Selasi has recently written her first novel. Ghana Must Go (The Penguin Press, New York, 2013, 318pp) was the slogan the government used to expel millions of Ghanaians from Nigeria and has nothing to do with the plot.

The plot itself is painfully thin. The novel opens as a surgeon named Kweku Sai collapses of a heart attack in the garden of his home in Accra, Ghana. Sixteen years before, he had left his wife and four children in Boston and took a second wife in Ghana. Unbeknownst to him, his first wife Folasade, Nigerian-born, is in Accra too, taking over the home of an old family friend. Her four children fly in from the US for the funeral and consign their father’s ashes to the sea. End of story, except for 300 pages of interminable flashbacks and flashbacks looping inside flashbacks, as the six members of the family clumsily retell their individual tales. Such a cumbersome reliance on a single literary trick is enough to give the flashback a bad name.

It doesn’t help that the novel is grossly overwritten. On the morning that he drops dead, Dr Kewku Sai had left his slippers in the bedroom which prompts this reverie: “Battered slip-ons, brown worn to the sides. Like leather pets with separation issues, loyal, his dogs. And his religion, what he believed in, the very basis of his morality: mash-up cosmopolitan asceticism, ritual, clean lines. The slipper. So simple in composition, so silent on wood, bringing clean, peace and quiet to God’s people the world over, every class and every culture, affordable for all, a unique form of protection against the dangers of home, e.g., splinters and bacteria and harm caused to wood, i.e,, hand-scraped oak floorboards fifty dollars per square foot . . .”

This meditation on slippers goes on for another excruciating page.

More lush verbiage is expended on the nurse Ama, his simple second wife: “To live in a house with a woman who is happy, who is consistently happy in her resting state – happy? And who is happy with him, not as a response to one thing that he did and must keep doing if he wants her to remain happy, churning the crank, ever winding the music box, dance, monkey, dance! – but whom he makes happy, has made happy, and who’s miraculously stayed happy?”

His first wife, Folasade, was not so simple, a rich girl from Lagos, who gave up her law studies to marry the poor boy from Ghana who becomes a renowned surgeon in Boston, so renowned that only he is chosen to perform an impossible operation on a dying Cabot, and who becomes the scapegoat for the rich man’s death. He is expelled from the hospital, loses a fortune in legal fees to have himself reinstated, all the while leaving the house each morning dressed as if for work. The final shame – in a melodramatic scene of being cast out of the hospital by security guards – causes his flight back to Ghana.

There is a touch of chick lit here as his four fabulously beautiful children become fabulously successful as a surgeon (Olu), a painter (Kehinde), an academic (Taiwo) and a scholarship student at Yale (Sadie). They catch a flight together for Accra where each of their inner conflicts will be resolved.

There is a final confrontation between the most troubled daughter Taiwo and her mother on the beach at Accra which leads to . . . another flashback, this one is 15 pages long.

There are times when Selasi’s over- wrought style works well, as when the youngest daughter Sadie catches the spirit of African drumming and leaps into a traditional tribal dance. But mostly it’s a hard slog, with the author trying much too hard to impress.

Taiye Selasi’s first novel ‘Ghana Must Go’ was the slogan the government used to expel millions of Ghanaians from Nigeria. It is is available in an audible form priced at GBP9.74 by clicking here, or in hardcover by order through all good bookshops in Phuket.