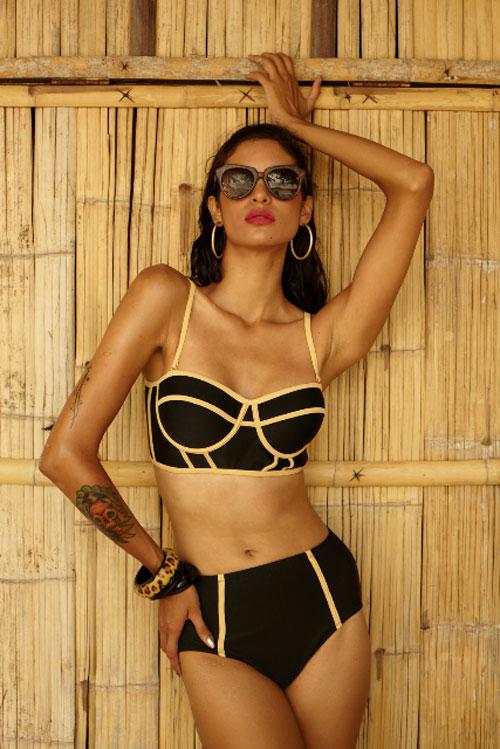 PHUKET: SKAL International Phuket and South Thailand is holding its Annual Charity Dinner next Saturday, November 23, and it looks set to be the biggest yet, with loads of live entertainment and gourmet food.

This year’s event, dubbed “Red Passion”, will be held at the island’s hottest new venue – Zazada Beach Club. It’s open to the public and will feature performances by vocalist EKA, New Broadway Stage Company and a bikini fashion show by Katalina.

Skal International is the world’s premier travel and tourism industry group and its Phuket chapter boasts members from many of the leading resorts on the island – so when it comes to organizing a great party, they’re the best in the business.

Regent Cape Panwa GM and Skal member Brice Borin said he was thrilled to be helping organize the event for his second year running and that Skal hoped to raise as much as 400,000 baht for its nominated charities.

“It’s going to be a great night with some fantastic music, food and fashion. We want everyone to be able to enjoy themselves, while also helping to raise money for some very worthy causes,” he said.

For this year’s event, another two charities are set to benefit from Skal’s fund-raising efforts, bringing the total to four: Phuket Has Been Good To Us Foundation; Phuket Sunshine Village; PIWC Scholarship; and the Skal Phuket Charity Fund.

Zazada Beach Club Operations Manager Jay Leshark said he and his staff welcomed the challenge of hosting the event at the newly opened venue.

“All of us here at Zazada Beach Club are super excited to be hosting such a great charity event. Some might say having over 150 hospitality professionals is a tough gig, but we don’t want to do things by halves, so we say bring it on. We are all about sharing the love and having fun – and fun is what the night will be,” he said.

Rather than a formal sit down dinner, the food will be served “sharing is caring” style so guests can sample a range of the fabulous dishes on offer. A special menu has been created for the dinner, but it will still feature some of Zazada’s signature menu items such as tom yum marinated prawn pizza and caeser salad with Thai-style fried pork belly.

“We’ll have big tables of 12 all set up around the club and food will keep coming out to the tables for people to try a bit of this, a bit of that, and share – it’s the way we love to eat at the club – sharing is caring,” said Jay.

During the evening, guests will be treated to performances by Phuket-based Canadian singer EKA, a former member of hit pop group “Jai” who has performed at 5-star venues throughout Asia, including the Ritz-Carlton Singapore. EKA’s performance will include her re-interpretations of songs by popular performers such as Foo Fighters, The Cure and Erykah Badu.

“My passion and creative juices flow best when I’m taking a classic and re-interpreting it in ways that are exciting, captivating and delivering them with full emotions, especially if I can share my singing voice with friends to help raise awareness and funds for worthy causes – I’m truly honored to be a part of the event,” said EKA.

For a little something different in the way of entertainment, rarely seen on the island, the Bangkok-based New Broadway Stage Company will be performing a wide range of classic opera pieces and contemporary Broadway hits, including songs from Les Miserables, Don Giovanni, Phantom of the Opera, Fiddler on the Roof and many more.

The theater company features top-level Thai soloists from the most prestigious music academies in Bangkok, who have toured throughout Thailand and Southeast Asia.

Katalina Collection owner Katarina Boner said: “When I heard it was for charity and also at Zazada, I was very pleased to join. The venue is great for a fashion show, it couldn’t be better! We always try to make a twist and reinvent ourselves at every show, so it’s going to be great fun and a hot night of fashion.”

Also on the itinerary is a special appearance by the Full Monty crew, who, rumor has it, will be pulling out everything they’ve got to top their eye-popping performance at last year’s Skal Charity Dinner.

So don’t hesitate, get your ticket now for what is set to be one of the best nights of food, music, fashion and fun for 2013.

Charity raffles will be held through-out the night, with some great prizes up for grabs, including restaurant and hotel vouchers and more. The Skal Red Passion Beach Charity Party will be held on November 23 from 7pm at Zazada Beach Club at the northern end of Surin Beach. Tickets for the event are on sale now and priced at 2,500 baht and 1,000 baht for children under 12. The ticket prices include all food and free-flow wine and beer. Please RSVP before November 20.