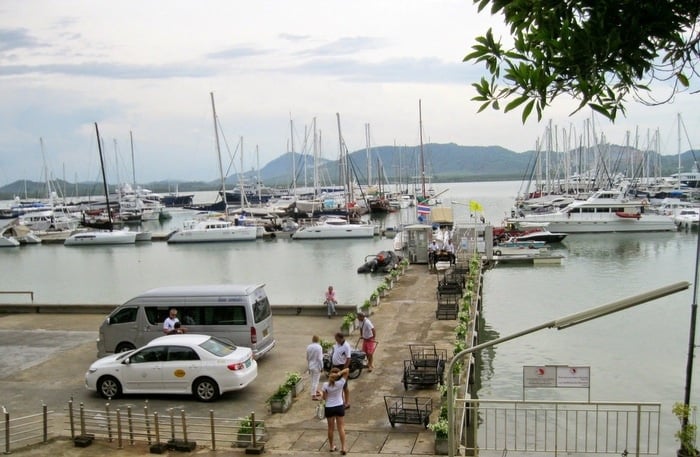 PHUKET: Thailand’s marine industry has received intermittent support from the Royal Thai Government over the years – sporadic and rarely strategic.

In 2004, when the astronomical taxes on importing boats to Thailand was reduced from more than 200% of the value of the boat to 0%, this happened on the back of a concerted effort by the marine industry to get itself front and center of the government’s mind.

While some issues with chartering boats in Thailand have now been resolved, at the time these issues were one of the driving forces for this concerted effort, as was the desire to create an appropriate regulatory framework for ‘pleasure yachts’, a definition which Thai law didn’t, and still doesn’t, define or even acknowledge.

The tax issue was a target of the newly established Marine Alliance of Thailand (MAT) – a group of industry players and friends of the marine industry, initially chaired by the former British Honorary Consul to Phuket Alan Cooke, and later by Image Asia’s Grenville Fordham.

Key members of the industry, through the MAT, leveraging Alan Cooke’s high-placed contacts in the Ministry of Tourism and Sports, with additional personal lobbying of then Prime Minister Thaksin Shinawatra by Royal Phuket Marina’s Gulu Lalvani, resulted in the tax success – a success that, to be fair, was far beyond most people’s expectations.

It was a combination of leveraging connections and a united front that changed the face of the industry.

The MAT later morphed into the Thailand Marine Business Association, which subsequently lost its muster and is, to all intents and purposes, now inactive.

Today, the industry appears again on the verge of something big. Central government has put the marine industry on the national agenda. Big change is promised and expected, at least in the form of a 12-month superyacht charter license for foreign-flagged vessels.

This forward-thinking initiative has already been approved, and with some of the finer details still in the process of being fixed, a full launch is expected in November, together with revised immigration rules and more, it is hoped.

Gulu Lalvani has again been leveraging his contacts and convinced Tourism and Sports Minister Kobkarn Wattanavrangkul to put this and other ideas in front of the Prime Minister, which she did.

A working group, including Rico Stapel of JStar and Stapel; Jean-MarcPoullet of Burgess; and Andy Treadwell of Singapore Yacht Events; has also been lobbying and discussing details and the practical implementation of this license with the Marine Department.

The Prime Minister’s Office, the Ministry of Tourism and Sports, and the Marine Department have all been involved, and all had a hand. Even the Ministry of Transport has had a role in bringing the superyacht license to reality.

All involved from the public and private sectors deserve credit for their efforts, but the key question for the industry is: ‘What’s next?’

Surely it’s time for Thailand’s marine industry to create a united front. To go beyond ‘I did this’ and ‘I did that’, and develop a body that is made up of the industry and represents the industry. Such a body would need to recognize the multinational nature of the industry in both its membership and leadership.

The marine industry could learn from the tourism industry. In Phuket alone, there are umpteen tourism-related associations, perhaps too many, but at least they can present an official point of view, a united position that is listened to by the powers that be.

Thailand’s marine industry, in my opinion, is still very much in its infancy. Another part of the government’s current push to support the industry is to identify locations for marinas along both the Andaman and Gulf coastlines, and encourage private investment in developing more marinas.

Thailand currently has just six international-standard marinas of any significant size, four of which are in Phuket, one in Krabi and one in Pattaya, yet the country has over 3,000km of coastline. Add to this the need, still, to address the regulatory framework and redefine key terms in law to reflect the 21st century nature of Thailand’s marine industry, and there is still plenty to do.

Who will the government turn to for advice?

Perhaps it’s time for the marine industry to come together, establish a body that involves the stakeholders and represents the greater good, and start a productive dialogue with the government and all key stakeholders.

Duncan Worthington is a long time Phuket resident and, through Infinity Communications (www.infinity-comms.com), consults to leading consumer brands, hospitality and marine clients in Thailand. In his ‘spare time’ he runs the marine portal MarineScene.asia. #OnDeckPhuket