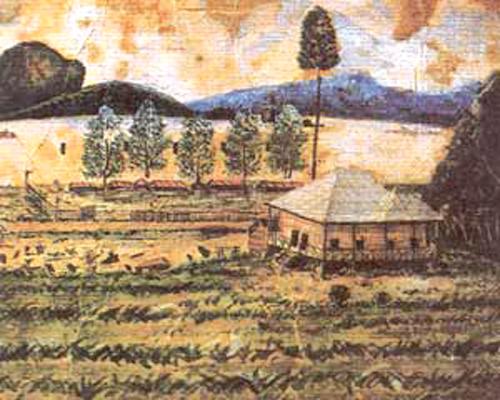 PHUKET: Koh Tarutao, one of Thailand’s southern most islands, is located off the coast of Satun province. The island is situated close to the Adang-Rawi archipelago in the Andaman Sea, close to the famed Lipe Island and just a few kilometers north of Langkawi island, which is part of Malaysia.

Koh Tarutao boasts some of the most secluded and pristine beaches of Thailand. Much of the island is still largely covered by dense tropical rainforest.

Tarutao’s unspoiled nature and white-sandy beaches have become the stuff of legends among back packers and tourists looking for the next virgin paradise in the tropics. Few tourists, however, would want to sully their ideal imagery by thinking about the island’s fearsome past. The truth is Tarutao island was not always the welcoming paradise it is today.

In fact, for several decades since the 1930s, the island served as a penal colony to incarcerate the hardest criminals and political prisoners of Thailand.

The story of Tarutao as an island prison began in 1937 when the department of corrections decided to commission a survey of suitable islands that could be turned into a penal colony. The chosen island had to be situated as far away from Bangkok as possible. The surveyors chose Koh Tarutao.

It was a large and isolated island in the Andaman Sea. It was far away from the capital and any civilization and its distance from the mainland made it extremely difficult for prisoners to escape. It was the perfect site.

Construction of the prison began in June 1937 using inmates from nearby prisons on the mainland. When the facility was finished a year later, it was named the Tarutao Vocational Training Settlement. The first inmates arrived in June 1938. Some of them were hardened criminals, transferred from Bangkok’s overcrowded prisons. By June 1939, the island was home to around 2,000 of the country’s most notorious inmates.

The facilities on Tarutao, including the offices, the prison building, the kitchen and the prisoners’ training center were constructed out of locally available wood and palm leaves. Shabby as they were, the real barriers to escape came from the natural surroundings of the island. Rough seas and strong waves extended for miles out with no end in sight and there were chilling rumors that the surrounding waters were infested with sharks. It was enough to discourage most of the prisoners from trying to escape.

The years that led up to the Second World War were extremely unstable for Thai politics. The absolute monarchy had been brought down in 1932. The first civilian government that replaced it was short-lived and the military seized power not long after that. The royalists on the other hand were fighting to regain control of what they had lost since 1932. It was a time when several different factions were vying for power. During this time many political dissidents were also sent to Tarutao to be incarcerated along with the common criminals.

In September 1939, around 70 political prisoners were moved from Bang Khwang prison in Bangkok to Tarutao Island. Some were high profile political prisoners, and included Phraya Suraphan Senee, a former governor of Ratchaburi and an army colonel.

Many were plotters of failed coups, royalists and fallen army commanders. Others were journalists, professionals and civilians who spoke out against the ruling regime. Political prisoners were given their own compound on the island, under open prison conditions and away from actual criminals.

Since they were allowed to roam freely, the prisoners often frequented Mee’s coffee shop. The five escapees were Phraya Suraphan Senee; Phraya Sarapai Pipat, who was a naval captain and former politician; Louis Kiriwat, a newspaper editor; Chalam Liampetrat, a lawyer and Khun Arkaney Rattagarn, a railroad engineer.

Phraya Suraphan was arrested after the bloody Bowaradet Rebellion of 1933, when Prince Bowaradet led a royalist rebellion to recapture Bangkok from the civilian government. The rebellion failed. Phraya Suraphan, who at that time was the governor of Ratchaburi, was arrested for his alleged role in helping the rebels.

Phraya Suraphan had promised Mee a reward of 5,000 baht if he helped them escape from Tarutao Island.

Phraya’s wife smuggled the money into Tarutao and gave it to Mee in advance. When Mee, his family and the five escapees reached Langkawi, they claimed political asylum in Malaysia and never returned to Thailand again.

The incident was an embarrassment to the Thai ruling party at that time and the Tarutao prison governor was reprimanded for his negligence. However, he was allowed to remain at his post when it became clear that the prisoners were never going to return to Thailand again.

In December 1941, the Japanese invaded Thailand and the Second World War was brought to Southeast Asia. During this period and right up to the end of the war, the history of Tarutao Island would take an even more peculiar course.

When chaos breaks out from the war and the island’s prisoners are forgotten, the inmates of Tarutao band together for their own survival. Tarutao Island’s history during the Second World War continues in the next Looking Back column.

Anand Singh is an avid Phuket historian. If you have any history to share about Phuket or the surrounding region, Anand can be contacted by clicking here.

Phuket Gardening: From fetid to fragrant