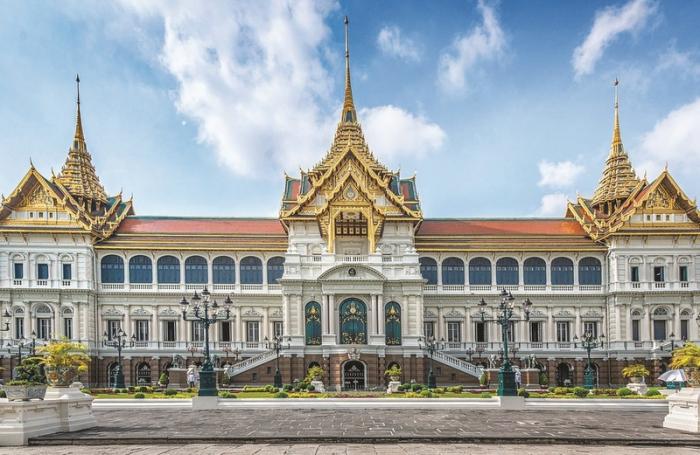 PHUKET: Royal funerals are solemn affairs that take months to plan. When a monarch or a high-ranking royal passes away, their body is taken to the Dusit Maha Prasat Throne Hall inside the Grand Palace complex. There, the body lies in state while craftsmen build the royal funeral pyre, an intricately crafted structure which takes up to nine months to construct.

In the weeks since the passing of His Majesty King Bhumibol Adulyadej, thousands have flocked to the hall to pay their last respects. Built by King Rama I in 1790, it has served as the final throne room for many deceased royals of the Chakri Dynasty.

Inside lies the royal urn, a large gold plated octagonal structure perched high atop a multi-tiered pedestal. The urn is 95cm high, with a diameter of 65cm.

In the past, Royal funerals were usually held in the dry season. Cremation takes place at Sanam Luang, the royal ground situated outside the Grand Palace. Funerals for Royal members who passed away during the rainy season would therefore have to wait for the dry season.

The royal urn has played an important part in every royal funeral. A monarch’s urn, referred to as ‘Phra-Boroma-Kot’, is made of fine wood and covered in gold, with a crown top.

King Rama I commissioned the first royal urn of the Chakri Dynasty in 1808, to be used to carry his own body when he passed away. However, not long after it was completed, the King’s fifth daughter passed away. King Rama I, in his grief, asked for her body to be laid in state in his royal urn. This marked a precedent where a deceased member of the royal family was granted the use of the royal urn.

In the reign of King Rama V, a new royal urn was commissioned in 1900. It was built to temporarily serve royal funerals while the existing urn was being refurbished. However, it would go on to serve in several royal funerals and is currently being used ceremonially at King Bhumibol’s funeral.

The practice of housing a royal’s remains in the royal urn has now been done away with, with the exception of Princess Bejaratana, who wished for her funeral to be carried out according to the ancient traditions of Thai royals.

Currently King Bhumibol’s body is placed in a coffin at the Grand Palace, which is hidden behind a screen. Mourners will see the royal urn perched atop the wooden pedestal. The king’s body will lie in state until the cremation ceremony is held.