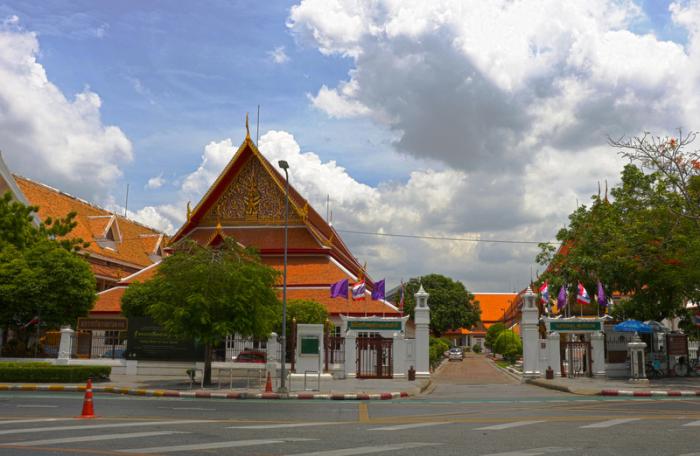 PHUKET: Toward the end of the year 1874, Siam was heading for a crisis that threatened to plunge the kingdom into civil war. The roots of this crisis dated back several years when King Chulalongkorn’s father, King Mongkut, proclaimed his brother as ‘second king’, with rank and title equal to that of his own. King Mongkut’s brother became known as King Pinklao and headed the Front Palace, a house normally reserved for the ‘Uparaj’ or vice-king of Siam.

During the reign of King Mongkut, King Pinklao’s Front Palace was given an unprecedented amount of power, prestige and autonomy. It was allowed to maintain an army and even collect taxes.

When King Mongkut suddenly passed away in 1868, Prince Chulalongkorn, his eldest son and heir, was still too young to rule. The court appointed Chao Phraya Srisuriyawongse as the young king’s regent.

In Siamese tradition, when a new king is crowned, he will pick an Uparaj, or vice-king to help him rule the kingdom. More often than not, the king will pick one of his brothers to hold the title. The Uparaj of course undoubtedly answers to the king and is given control of the Front Palace.

But when Mongkut was crowned king, he did something unprecedented. Instead of appointing his brother as Uparaj, the king proclaimed his brother as his equal, a second king in his own right.

After King Mongkut’s death, a council of princes and nobles, led by Chao Phraya Srisuriyawongse, unanimously agreed to support Chulalongkorn as king. What they bickered on, however, was the fate of the Front Palace. Some of the princes argued that it was and had always been the king’s prerogative to decide who would become the Uparaj. But Srisuriyawongse argued that it was no longer the case. Because of King Mongkut’s decree, the Front Palace was now autonomous and should have its own succession line. Therefore the next holder of the title of ‘second-king’ should be King Pinklao’s son, Prince Vichaichan.

The council argued but in the end they caved in to Srisuriyawongse’s decision. Prince Vichaichan was named as ‘second-king’, succeeding his father as head of the Front Palace.

But when King Chulalongkorn came of age in 1873, tension began to rise between him and the second king. Prior to this, the Front Palace had enjoyed an unprecedented level of autonomy and King Chulalongkorn’s reforms threatened this status quo.

In December 1874, Vichaichan received an anonymous letter that threatened his life. In response, he mobilized his troops and brought them into the Front Palace. This made King Chulalongkorn uneasy. Vichaichan’s army actually outnumbered the king’s royal guards. The mobilization of the Front Palace guards was seen as a threat and the king immediately responded by mobilizing his own royal troops.

Things got worse very quickly when a few days later a fire broke out inside the Grand Palace, the residence of the king and the royal family. The Front Palace was sworn to protect the king in any situation, so Vichaichan’s troops quickly rushed to the scene to help extinguish the fire. But the royal guards, suspicious that the Front Palace troops might use this as an opportunity to enter the grand palace and arrest the king, did not allow them to enter.

Confrontation between the two kings, it seemed, was unavoidable. Fearing for his own life, Vichaichan escaped in the early hours of January 2, 1875. He fled to the British Consulate and sought protection from the British. This further outraged the Siamese royal court, which accused Vichaichan of seeking foreign intervention and undermining national sovereignty.

But the king was willing to grant Vichaichan amnesty as long as he relinquished his title of second king. Knowing that he had the support of the British and the French, Vichaichan refused any reconciliation offer. It was a stalemate.

On January 5, Sir Andrew Clarke, the governor of the British Strait Settlements, was invited to Bangkok to mediate the conflict. Clarke had met with King Chulalongkorn once before during his trip to Malaya. The governor was very impressed by the young king’s enthusiasm for reform. He immediately assured King Chulalongkorn that he would resolve the crisis and make Vichaichan accept his terms.

As it became apparent that Clarke was going to support King Chulalongkorn, the British Consulate began to withdraw their support for Vichaichan. The second king was forced to return to the negotiating table. The final agreement stripped Vichaichan of the title of second king. In return, King Chulalongkorn granted him amnesty against any persecution. He was also allowed to retain his position as head of the Front Palace and maintain a small army and some weaponry for his protection.

Vichaichan remained as head of the Front Palace till his death in 1885. After that, King Chulalongkorn abolished the centuries old position of Front Palace head. There was to be no more Uparaj or second king to succeed Vichaichan. In it’s stead, the king created the title of ‘Siam Mongkut Ratchakuman’, or Crown Prince of Siam, modeled along the lines of western monarchies. He named his son, Prince Maha Vajirunhis, as the first Crown Prince of Siam in the year 1886. The Front Palace compound itself was partly demolished.

Today, the parts that remain have been converted into the Bangkok National Museum.

Blazing Saddles: The bias against e-bikes