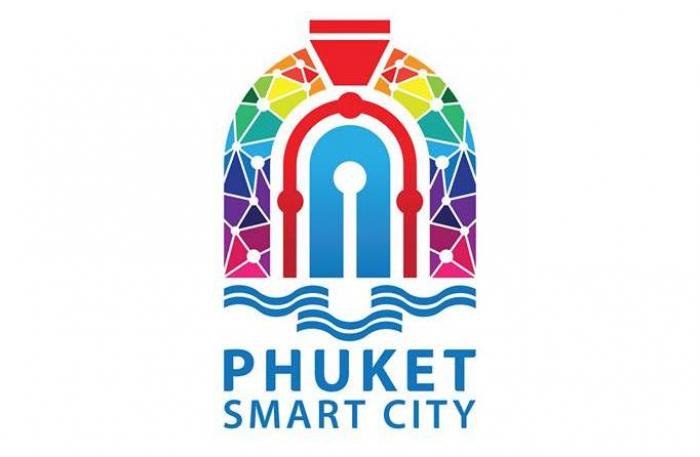 The colorful contemporary design of a Sino-Portuguese style archway was designed by Ekkachai Jingjai, who was handed the award of 10,000 baht by Chamber President Surachai Chaiwat. The intricately thought out design symbolizes Phuket’s past, present and future.

Mr Ekkachai’s logo was one of three shortlisted designs as part of a contest to determine the official emblem for Thailand’s pilot smart-city province. About 31 designs were submitted. In addition to Mr Ekkachai’s winning award, two others were chosen as runners up, receiving 5,000 baht each.

“The archway refers to Phuket’s Sino-Portuguese identity in the architecture of Phuket Town. The pattern of dots joined by lines represents connectivity and the ease of sharing information managed by advanced technology.

“The doorway is an entrance into a ‘smart living economy’ in a city with good management backed by technology. The Keyhole represents unlocking the potential of a ‘smart economy’ in a digital hub of creativity.

Finally, the water under the arch is symbolic of sustainable tourism that will bring happiness to all – locals, investors and tourists alike.”

Mr Surachai said the multi-colored archway was a reflection of a multicultural society growing with modern technology, adding that Mr Ekkachai’s design would be used as the official logo at smart-city events.