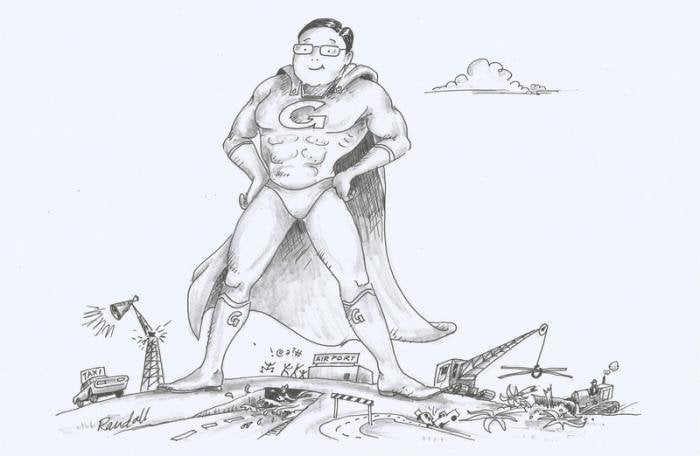 PHUKET: The Phuket Gazette is pleased to welcome new Governor Chokchai Dejamornthan to the island and also to thank him for taking the time to outline his objectives to Phuket’s international community through our monthly ‘Governor’s Letter’.

Dr Chokchai, the island’s 47th governor and the 11th since the year 2000, clearly understands that his new position will present a host of challenges far different from any he has faced in his previous positions.

While Phuket may be the country’s smallest province, history has shown that it can hold big-time problems for incoming governors unfamiliar with the local powers-that-be, and all the other problems associated with a tourism-based economy and a huge migrant workforce – both legal and illegal.

While two other large Thai metropolitan jurisdictions, Bangkok and Pattaya, enjoy special administrative status that allows residents to elect their own governors, Phuket’s top bureaucrat continues to be directly appointed by the Minister of Interior.

In the past, this has led to conflicts of interest with elected local leaders, especially with ministers appointed by the once-powerful Shinawatra clan and their allies.

One former governor with little previous knowledge of the island, the affable Preecha Ruengchan, was quietly transferred out of the province just a few months after taking up office in 2008.

Given Phuket’s status as an aspiring ‘world-class’ tourist destination, Dr Chokchai’s naming as governor has to be seen as a show of support by the current military government. This is likely because he has developed a reputation as a fair, but no-nonsense graft buster during his tenure with the civil service. If ever a province needed a leader with such a resume, it is Phuket; there is still a mother lode of graft waiting to be busted here.

The government of Prime Minister Prayuth Chan-o-cha deserves credit for tackling long-standing issues of corruption in the province that go back decades, and on both sides of the national political divide. We hope that the appointment of a true ‘outsider’ reflects the government’s commitment to keep up this fight, even if it is necessarily selective and far from comprehensive.

We also takes this opportunity to welcome Dr Chokchai’s wife Raweewan, who will serve as chair of the Phuket Provincial Red Cross Committee.